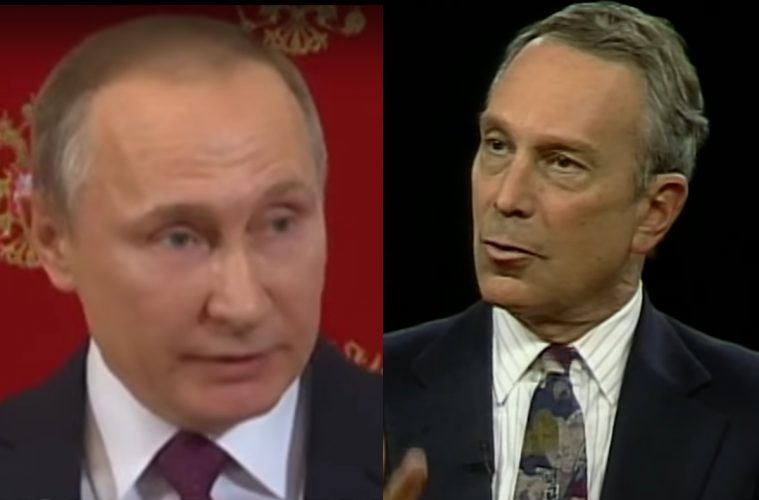 Bloomberg No Different than Putin & Russia in Interfering with Elections

How ethical is it for anyone with lots of money to use that money to influence legislation in other cities and states from the ones they live in? If candidates are supposed to be restricted from taking foreign donations, should not the same apply to people or entities not located in other voting jurisdictions?

Over the past several years, billionaire Michael Bloomberg, former Mayor of New York City, has been spending millions of his own dollars to push anti-Second Amendment legislation in other states like Colorado. He pumped several million dollars into Colorado where liberal Democrats passed stricter gun control measures. I wonder if Bloomberg’s millions will offset the millions of dollars the state will lose after several firearm manufacturing firms left the state or when the Outdoor Channel cancelled several programs being filmed in the Rocky Mountain State?

Earlier this week, I reported: