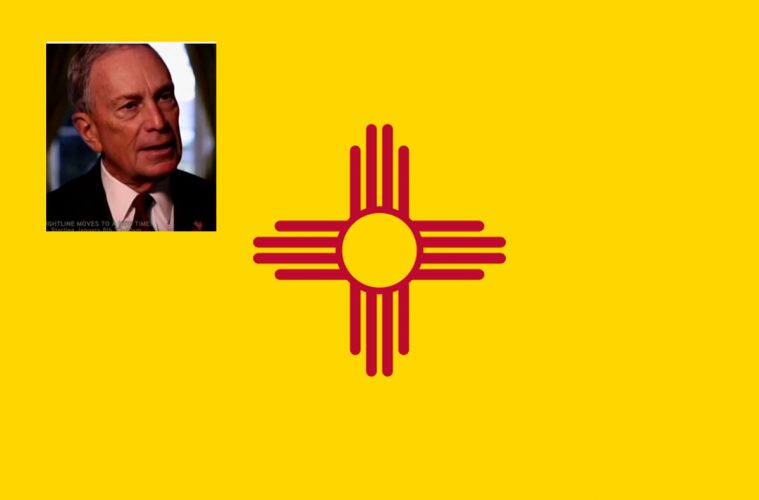 Democrats in the New Mexico legislature are trying to pass more bills that restrict the rights of American gun owners and further violate their Second Amendment rights.

Despite overwhelming opposition to the bills, the New Mexico House Consumer & Public Affairs Committee passed House Bill 50 by a 3-1 vote. If passed and signed into law, HB 50 would make it a criminal offense for any private non-licensed citizen to transfer ownership of a firearm to anyone else without first undergoing a background check and involving a licensed firearm dealer to broker the transfer.

BE IT ENACTED BY THE LEGISLATURE OF THE STATE OF NEW MEXICO:

The exceptions to the background checks and involvement of a licensed firearm dealer are:

D. The provisions of this section do not apply to the transfer of a firearm:

(3) by or to a law enforcement agency;

(4) by or to a law enforcement officer, a member of the armed forces or a level three security guard licensed pursuant to Section 61-27B-15 NMSA 1978, if the officer, member or security guard is acting within the course and scope of employment and official duties;

(5) to an executor, administrator, trustee or personal representative of an estate or trust, which transfer occurs by operation of law upon the death of the owner of the firearm;

(6) that is temporarily transferred to a person who is not prohibited from possessing or receiving firearms by federal or state law if:

(a) the transfer is necessary to prevent imminent death or great bodily harm; and

(b) the transfer lasts only as long as necessary to prevent such imminent death or great bodily harm;

(7) that is temporarily transferred to a person who is not prohibited from possessing or receiving firearms by federal or state law if the transfer and the transferee’s possession of the firearm take place exclusively:

(a) at a shooting range authorized by the governing body of the jurisdiction in which the range is located or, if no such authorization is required, operated consistently with local law in the jurisdiction;

(c) at a lawful and organized competition involving the use of a firearm or for participation in or practice for a performance by an organized group that uses firearms as part of the performance; or

(d) in the presence of the transferor.”

The bill was sponsored by Rep. Stephanie Garcia Richard, a Democrat from Los Alamos. Financing behind the bill is coming from anti-Second Amendment billionaire and former New York Mayor, Michael Bloomberg. He is using millions of his personal dollars to push his personal anti-gun agenda on as many American people as possible, most of which don’t live in his area or have ever met him.

Also, last week the Senate Public Affairs committee approved the Senate version of HB 50 by a 5-3 vote – 3 Democrats against 2 Republicans.

Both the House and Senate bills are now moving to the Judiciary Committee in each branch. The NRA is leading some of the opposition to the measures and urges everyone living in New Mexico to take action and contact their state Representative and Senator and demand they stop or vote against these anti-Second Amendment measures.