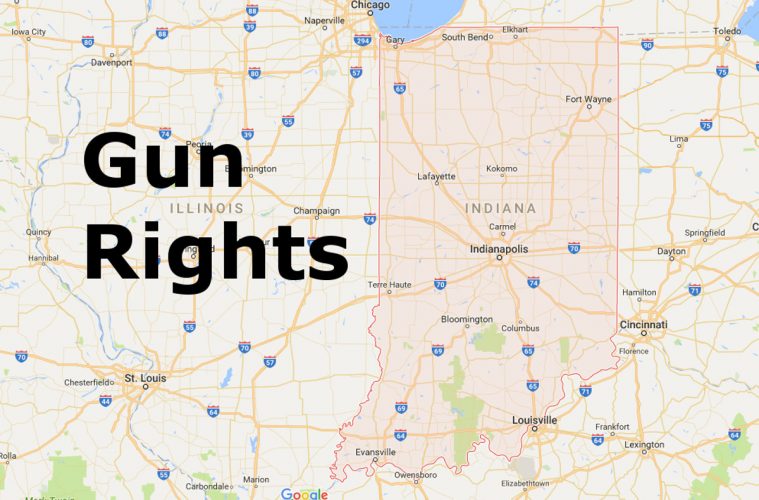 The November 2016 Republican victories extend far beyond Donald Trump and the federal government. With Barack Obama and gun hating Democrats no longer in control of Washington DC, Republicans have been emboldened to take measures to protect the constitutional gun rights of American citizens.

Earlier this week, I reported:

“On Monday, Oklahoma state senators filed 831 pieces of legislation in preparation of when they officially reconvene on February 6. Of those bills, 18 of them surround various aspects involving firearms. Several in particular will expand the rights of gun owners and another one would restrict the introduction of gun control bills in the future.”

The newly encouraged and emboldened Indiana legislature, like President Donald Trump, is wasting no time in moving to protect the constitutional rights of citizens.

According to Fox59 news out of Indianapolis:

“State lawmakers have proposed more than a dozen firearms bills in the General Assembly thus far this session and the majority favor the rights of gun owners while some eliminate or hamper the ability of police to enforce current and future laws.”

Among those bills is Senate Bill 78, authored by State Senators Jack Sandlin and James Tomes. The website of the Indiana General Assembly describes SB 78:

“This would allow those that are attending religious services and other functions on the grounds of the church to be able to be armed as long as they are properly licensed. We see these warnings that are being issued by the Department of Homeland Security warning churches around the country that they’re vulnerable to attacks and so I’ve been approached by some people in my district that have asked to have the ability.”

Referring to the mass shooting at a South Carolina church by Dylann Roof, Sandlin added:

“We don’t want to have somebody inadvertently committing a felony when they believe they may be properly licensed and acting in an appropriate manner.”

Another Indiana bill is House Bill 1051, authored by State Rep. Chris Judy and co-authored by Rep. Jim Lucas and Robert Morris. The website of the Indiana General Assembly describes HB 1051, also referred to at the Federalism and Firearms Bill as:

“Local officials are concerned about the federal government coming in over states and confiscating firearms.”

Fox59 commented about some of the other pieces of gun-friendly legislation, saying:

“Other bills would repeal the requirement for an Indiana handgun license, eliminate most state regulations of firearms, their ownership and sale, provide tax credits for firearms training, scrap sales taxes on guns and ammunition, permit firearms on college campuses, state prison grounds and school property and buses as well as in churches that also house schools.”

First Oklahoma and now Indiana. Hopefully, many other states will take similar legislative action to protect the constitutional gun rights of American citizens and establish laws to prevent future Obamas or Clintons from trying to steal those rights away.