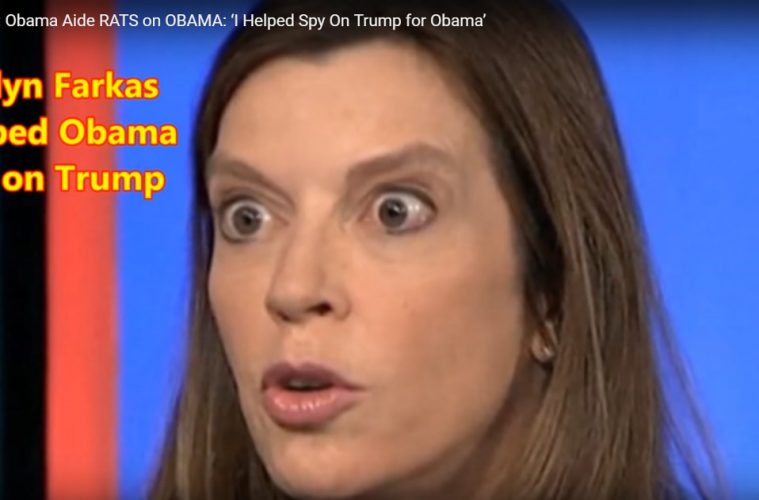 While everyone continues to deny President Donald Trump’s allegations of wiretapping or intelligence gathering, a former Obama official has finally admitted they did spy and gather intelligence information on Trump team. Hopefully, blame will now be cast in Obama’s direction instead of Trump’s.

A former top Obama administration official has acknowledged efforts by her colleagues to gather intelligence on Trump team ties to Russia before Donald Trump took office and to conceal the sources of that intelligence from the incoming administration.

Evelyn Farkas, deputy assistant secretary of defense under Obama, made the disclosure while on the air with MSNBC’s Mika Brzezinski.

“I was urging my former colleagues and, frankly speaking, the people on the Hill, it was more actually aimed at telling the Hill people, get as much information as you can, get as much intelligence as you can, before President Obama leaves the administration,” Farkas, who is now a senior fellow at the Atlantic Council, said.