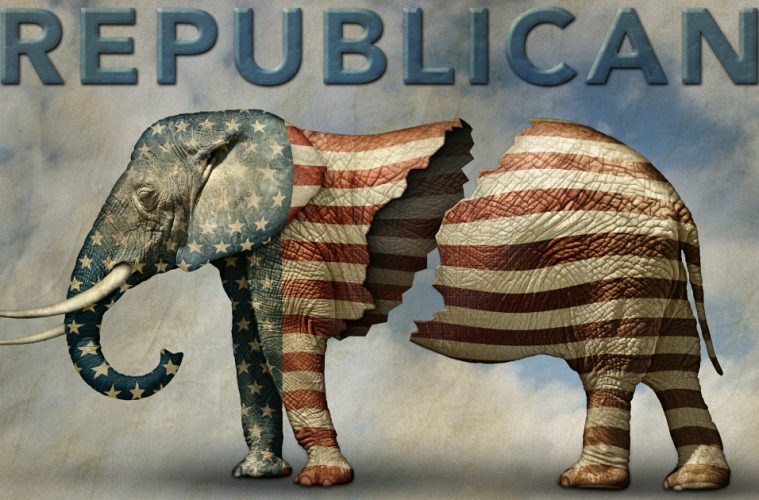 Last Friday, the nation held its collective breath to see if President Donald Trump and Republicans would be able to muster up enough votes to pass the GOP healthcare bill designed to repeal and replace Obamacare. Some are pointing the fingers of blame at President Donald Trump, others are blaming House Majority Leader Paul Ryan, even calling for him to step down from his leadership position.

The liberal mainstream media is having a field day talking about the resounding defeat. Some have been saying that it’s a clear sign that President Trump is a failure or that his policies are failures. One national news anchor even suggested that the postponement of the vote last Friday is evidence that the entire Trump presidency is not only failing, but is collapsing on itself and that he can’t keep his campaign promises. How quickly they forget all of the many campaign promises Trump has already kept and the positive changes he’s made in such a short period of time.

But who is really to blame for the failed GOP attempt to repeal and replace Obamacare?

It’s not Donald Trump’s fault and it’s not solely Paul Ryan’s fault either. It’s the fault of every Republican who has served in Congress since 2009 when Obamacare was passed and every new Republican politician still in office.

Republicans began speaking out against Obamacare before it was ever passed and many times since. But it appears that speaking is all they did.

Oh, Republicans began trying to repeal Obamacare once they gained control of the House after the 2010 election, but with Democrats still in control of the Senate and White House, every attempt was doomed for failure.

Other than their barnyard posturing like a bunch of banty roosters trying to impress the hens, Republicans evidently did little to nothing to actually start drafting a plan to put in place if and when they succeeded in repealing Obamacare. They’ve had seven full years to work on a healthcare plan that would accomplish most of what they wanted in a replacement plan.

Voters need to be asking their Representatives and Senators what they’ve been doing to earn their pay and benefits for the past seven years. They’ve been busy fighting Democrats at every turn and busy pushing their pet projects through the legislature while at the same time padding their bank accounts or raising campaign contributions. Some politicians say they spend over half of their time raising money for the Republican Party and for their own re-election campaigns.

Had Republican lawmakers spent half the time actually drafting replacement legislation as they spent raising money over the past seven years, they would have had a workable plan ready to present their fellow lawmakers and the American people. This past year, they were so busy fighting amongst themselves over who should represent the Republican Party in the election that they ignored the American people, ignored their duty to be able to back up their promises to repeal and replace Obamacare.

They remind me of so many school kids who put off their homework and studies until the very last minute and then go into class totally unprepared.

Therefore, it certainly wasn’t Donald Trump’s fault as he wasn’t in politics until his run for the White House. Was it Paul Ryan’s fault? Partially! It was Ryan’s and every other Republican member of Congress in both the House and Senate. Every Republican voter needs to contact their Representative and Senator and tell them they had better spend this next year drafting a workable replacement for Obamacare or they can kiss their political careers goodbye come the next election.