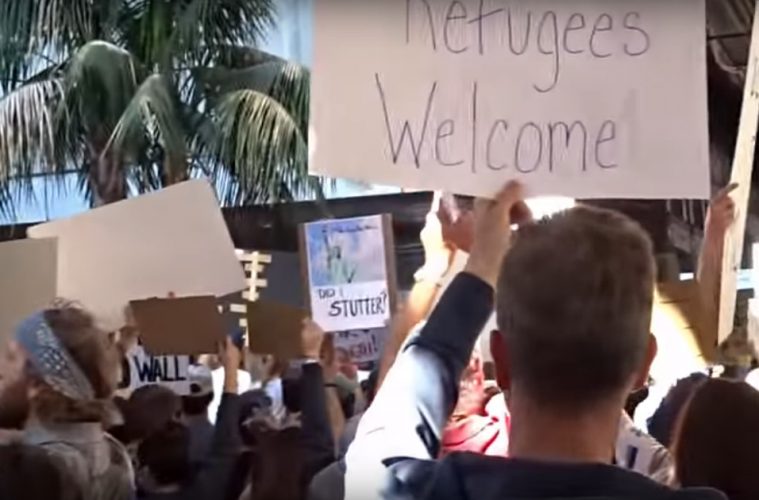 Did Your State Get Flooded With Refugees Thanks To Liberal Judges?

On January 27, 2017, President Donald Trump signed an executive order that place a temporary, NOT permanent, halt to all immigration and refugees from seven predominately Muslim nations. These nations had been previously identified by the Obama administration as those who produce the most terrorists.

Within days, one ultra-liberal judge took it upon himself to assume authority over the President of the United States and issued a stay, effectively blocking the executive order from being enacted. According to the Department of State, Bureau of Population, Refugees, and Migration, Office of Admissions -Refugee Processing Center, 4,579 people were allowed into the United States. Of those, 1,914 were from Near East/South Asia, 1,586 from Africa and 612 from East Asia. The majority of the nations in these regions are either Muslim controlled or have predominately Muslim populations.

On March 6, 2017, President Trump signed a second executive order placing a temporary halt to immigration and refugees from only 6 Terrorist identified nations. Once again, a liberal judge thought he was better than the President and blocked the order.

Notice that these liberal judges appear to place foreigners over the welfare and safety of American citizens. If anyone allowed into the US due to these liberal judges’ actions commit an act of terrorism or violence here in the US, then the responsibility for these actions need to be laid on the shoulders of the judges who allowed it to happen.