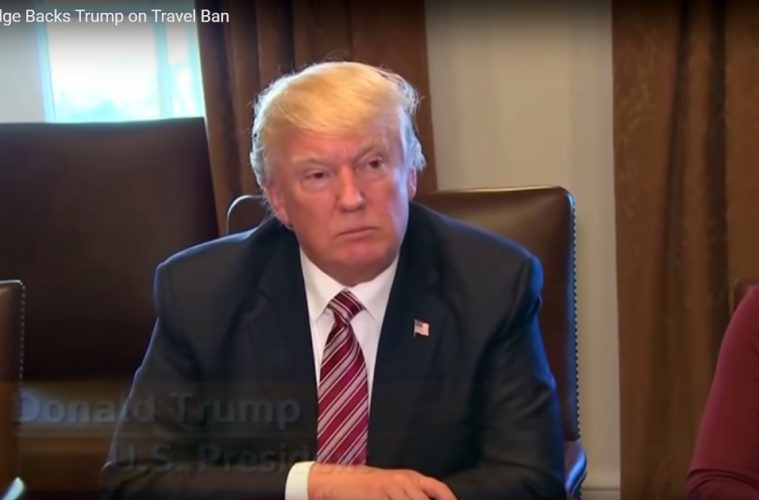 Liberal judges were quick to issue a blockage of President Donald Trump’s executive order on immigration and refugees, at least one judge has stood by the law that gives Trump the authority to issue the ban. This will be huge when the case goes to the US Supreme Court.

A Virginia judge helped tee up an argument likely to be fought all the way to the U.S. Supreme Court over President Donald Trump’s efforts to restrict travel to the U.S. from six predominantly Muslim countries.

U.S. District Judge Anthony Trenga in Alexandria on Friday denied a request to block Trump’s March 6 executive order saying he’s not going to psychoanalyze the president for his motives in drafting the travel ban. That put Trenga at odds with other federal judges who have ruled the president’s past comments can be taken into account in determining whether he intended to discriminate against Muslims.

If the Supreme Court takes up Trump’s executive order, one question it’s likely to review is whether the directive is based on religious animus, said Tara Grove, a constitutional law professor at William & Mary Law School in Virginia.