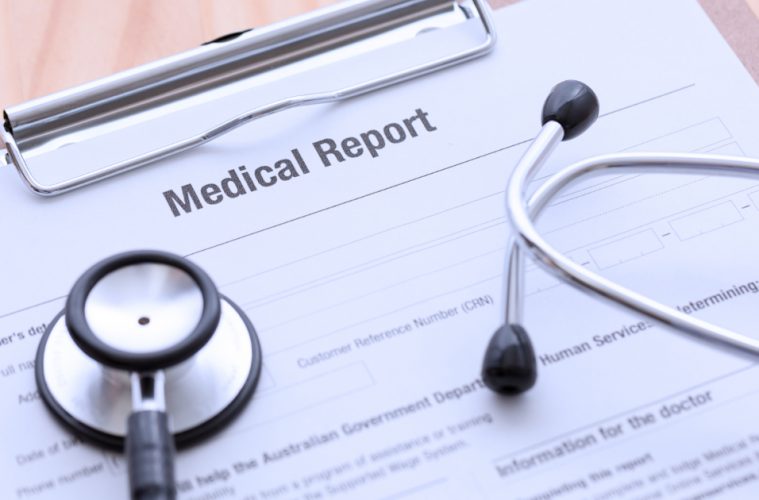 Is your doctor secretly spying on you and reporting his or her findings to government authorities including law enforcement? Do you want your medical information shared, without your knowledge or consent with government officials and law enforcement?

Don’t the HIPAA (Health Insurance Portability and Accountability Act of 1966) laws protect your medical privacy? Don’t you sign a HIPAA statement when you visit the doctor, thinking that your medical information will be kept private?

If you live in New York state, be aware that the stat has the Mental Hygiene Law (MHL) that amended by the Secure Ammunition and Firearms Security (SAFE) Act. According to the New York State Psychiatric Association:

“The SAFE Act amends the Mental Hygiene Law (MHL) by adding a new §9.46, which requires that mental health professionals who are currently providing treatment services to an individual make a report, if they conclude, using reasonable professional judgment, that the individual is likely to engage in conduct that would result in serious harm to self or others. The new reporting requirement went into effect on March 16, 2013 and applies to all conduct that would result in serious harm to self or others, regardless of whether a legal firearm is implicated. Once the report is made, a determination will be made if the subject of the report (i.e., the patient) has a legal gun, has applied for a gun permit or is prohibited from owning a gun under applicable state or federal law. However, the SAFE Act reporting requirement is intended to address only legal gun ownership and does NOT address notification to law enforcement or to a potential victim to warn of a risk of injury to the patient or others.”

Be warned that this law does not just apply to psychiatrists. According to another legal source:

“(a) For purposes of this section, the term ‘mental health professional’ shall include a physician, psychologist, registered nurse or licensed clinical social worker.”

Take careful note of the wording from these sources that any doctor or nurse can file a report on you if they even suspect anything. It doesn’t require any proof, just their perception. The implications of this are huge.

Think about it. You go to the doctor and your blood pressure is higher than normal and the doctor or nurse learns that you are upset with someone, anyone. That could give them grounds to file a report on you. If they know you are a hunter or enjoy target shooting, they can include that information in their reports.

Who gets those reports and how often are they made? Check this out:

“Civil rights attorney Paloma A. Capanna today released the statistics on the NYS Mental Hygiene Law §9.46 secret reporting from 2013-2016, showing more than 85,000 reports made from medical providers to the NYS Office of Mental Health and the NYS Department of Criminal Justice Services.”

“The statistics, obtained through the NYS Public Officers Law (‘FOIL’), show secret reports have been made in every county of the state, every year, since the ‘SAFE Act’ was launched in 2013.”

“The secret reports flow from doctors to OMH to DCJS to the NYS Police. ‘These secret reports effectively criminalize those who seek mental health and medical services,’ says Capanna.”

“Capanna’s client, Nicholas S. Castellano, submitted the FOIL. ‘To learn that more than 85,000 reports were secretly made by doctors against their New York patients since 2013 puts Governor Cuomo at the top of the list previously headed up by Joe McCarthy. This secret reporting program puts the NYS Police in every examination room in the state. Make no mistake about it’.” [Underlined emphasis mine]

If that doesn’t frighten or concern you, then realize that you as the patient are not entitled to copies of the reports about you:

“Of those reported to NYS, only a handful of handgun license holders have been notified of the secret reports, during court cases. There is no notification requirement as part of MHL §9.46. The report is not part of patient medical records. And, the state agencies in possession of the reports refuse to release them even to the individual.” [Underlined emphasis mine]

Also, take note that this has taken place under the watch of Democrats in control on New York State’s government. If your state is also controlled by Democrats, it may be worth your while to find out if your state has any similar laws. This should also warn you to tell or say as little as possible to your doctor(s), nurse(s) or any other health professionals you see. The less they know, the less they have to secretly report about you.

This is another reason why it’s so vitally important that we do not allow Democrats to regain control of Congress or the White House. If that were to happen, you can be assured that similar laws would be passed nationwide and every medical professional would be filing secret reports about you to the government and there is no telling how or when they will use those against you.