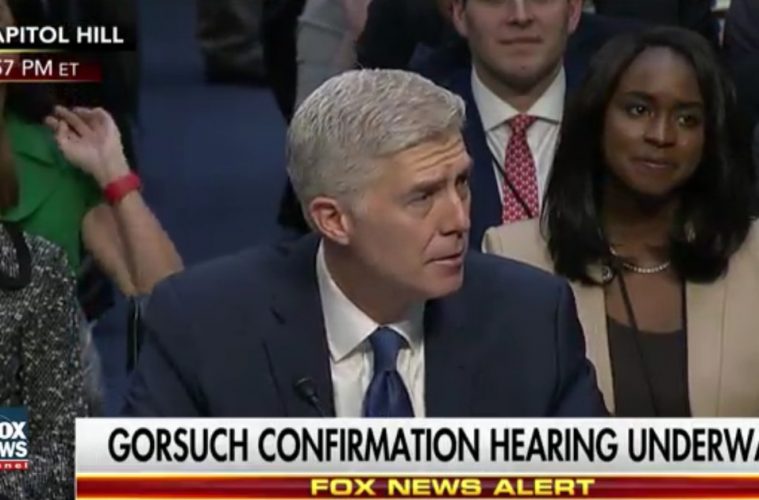 Before Neil Gorsuch ever reached the steps to the Senate building, his Democratic enemies were armed and ready to shred him to pieces on his first day of confirmation hearings. The judge did his best to appease both sides of the aisle in his responses.

Supreme Court nominee Neil Gorsuch vowed Monday to be a “faithful servant of the Constitution” and “apply the law impartially,” during the first day of his Senate confirmation hearings that repeatedly exposed the partisan divide in Washington.

“I pledge to each of you and to the American people that, if confirmed, I will do all my powers permit to be a faithful servant of the Constitution and laws of our great nation,” said Gorsuch, who spoke at the end of the roughly four-hour Senate Judiciary Committee hearing.

Gorsuch, a respected, highly-credentialed judge and conservative member of the Denver-based 10th U.S. Circuit Court of Appeals, attempted in his remarks to bridge the political divide and become President Trump’s replacement for conservative Justice Antonin Scalia.

“In my decade on the bench, I have tried to treat all who come to court fairly and with respect,” said Gorsuch, his voice cracking a few times. “I have ruled for disabled students, prisoners and workers alleging civil rights violations. Sometimes, I have ruled against such persons, too. But my decisions have never reflected a judgment about the people before me — only my best judgment about the law and facts at issue in each particular case.”