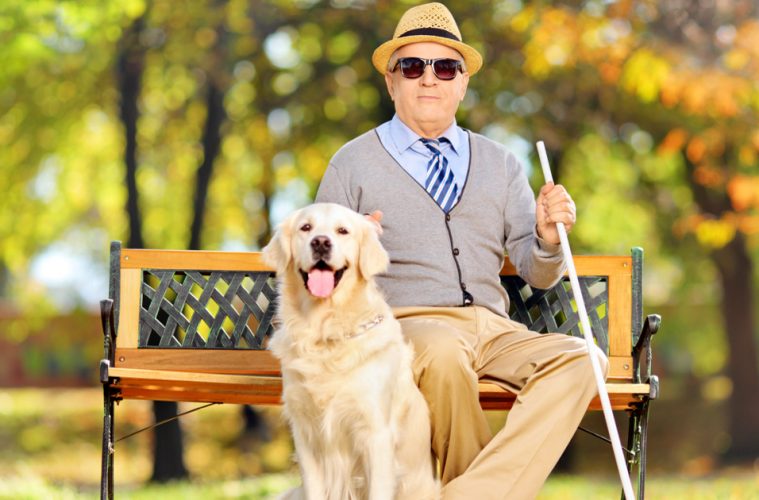 Are You willing to Risk Total Blindness to Save Your Vision?

My daughter is losing her vision due to a rare non-hereditary genetic disorder. She is 40 and legally blind, although she has some vision. She can see a person’s outline and shape, and movement, but she can’t distinguish faces until she hears a familiar voice. This reality hit her really hard a while back at church one Sunday when all she could see was a man standing in front of her, but she didn’t know who it was (it was the pastor) until he spoke to her. The realization of not being able to see who it was brought her to tears. Her loss of vison has also affected her depth perception. Stairs appear to be all one level unless there is some kind of contrast in color to designate the edge of one step from the next step up or down. Her greatest fear is losing the rest of her vision and becoming totally black blind, which is a very strong eventual prognosis for her future.

She also has a tumor that is pressing on her optic nerves but neither she nor the doctors want to take the risk of surgically removing the tumor for fear of further damaging the optic nerves and leaving her totally blind. To her, the risks outweigh the possibility of restoring some of her vision, but not all, or slowing down the process of vision loss.

In my own case, if it weren’t for the miracles of modern medicine, I would be blind. Years ago, my vision was 20/250 in one eye and 20/300 in the other. I ventured to have radial keratotomy performed on both eyes, where they make a few cuts on the outer surface to reshape the eye and improve vision. It was very successful and I went without glasses for nearly 7 years until my eyes began to get far-sighted, which was interesting since I was very near-sighted before the procedure.

Then I had cataracts in both eyes, about 5 years apart. That helped a great deal. Then I had a partial retinal detachment in one eye and ended up in emergency surgery to re-attach the retina. Several years later, the same thing happened in the other and again surgery re-attached the retina.