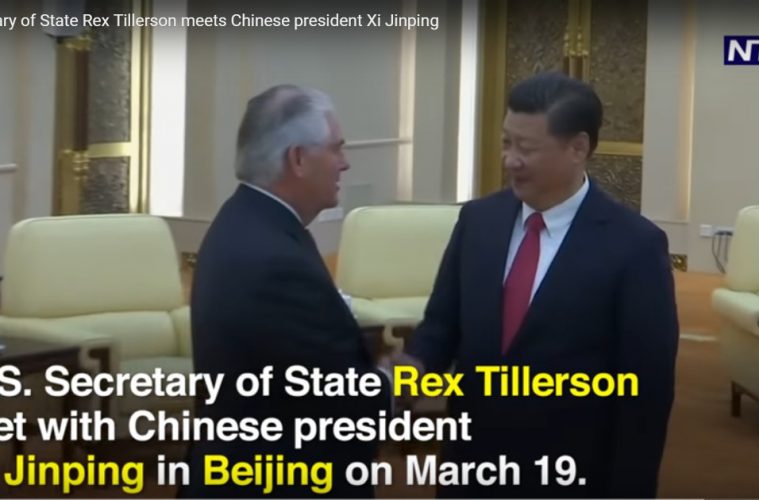 Secretary of State Rex Tillerson has been meeting with Asian leaders trying to assure some and recruit help from others over the aggressiveness of North Korea. His recent meeting with Chinese officials indicate that China will work with the US in an effort to thwart the nuclear threat posed by the North Koreans.

The United States and China will work together to get nuclear-armed North Korea take “a different course”, U.S. Secretary of State Rex Tillerson said on Saturday, softening previous criticism of Beijing after talks with his Chinese counterpart.

China has been irritated at being repeatedly told by Washington to rein in North Korea’s surging nuclear and ballistic missile programmes, one of a series of hurdles in ties between the world’s two largest economies.

But Chinese Foreign Minister Wang Yi described the talks with Tillerson as “candid, pragmatic and productive”. The two sides appeared to have made some progress or put aside differences on difficult issues, at least in advance of a planned summit between Chinese President Xi Jinping and U.S. President Donald Trump.

On Friday, Tillerson issued the Trump administration’s starkest warning yet to North Korea, saying in Seoul that a military response would be “on the table” if Pyongyang took action to threaten South Korean and U.S. forces.