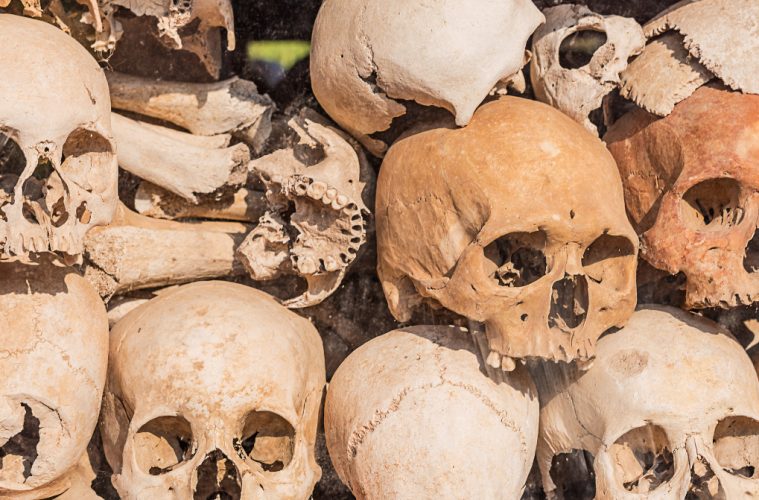 The news in the US has been filled with a number of incidents of illegal aliens, members of violent gangs, committing heinous crimes against American citizens. They are responsible for some of the immigration action taken by President Donald Trump. The discovery of the mass grave in Mexico is proof of how violent these gang members are and why Trump needs to take action to keep them out of America.

Bodies are still being recovered from a clandestine grave in Veracruz, Mexico — but a local prosecutor says it’s destined to become the largest in the country. Jorge Winckler Ortiz, the state attorney general of Veracruz, says that at one large site, 250 skulls have been found, with more excavation to be done.

Winckler says the bodies are those of people murdered by gangs, with the complicity of the government. He added that officials had also deceived families who asked for help in identifying whether their missing loved ones might be in the graves.

“Veracruz is a huge grave, when they finish opening the clandestine cemetery in the state it will be seen as the largest grave,” Winckler said on the Televisa network, “because for years organized crime has disappeared and murdered people with the complicity of the authorities.”

The comments represent the most direct official acknowledgement of the scope of mass graves in Veracruz, the state along the coast east of Mexico City that’s been a stronghold of the brutal Zetas cartel.