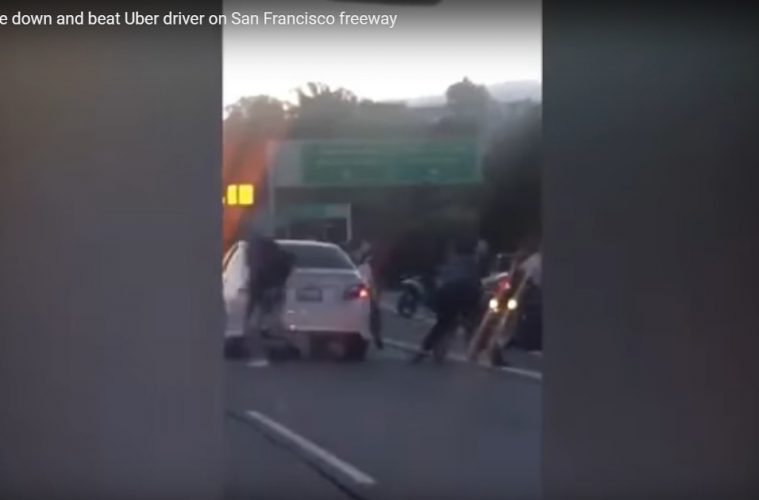 I’ve supported our Second Amendment gun rights all my life. I’ve also been a strong advocate of carrying a firearm on one’s person and in one’s car when necessary for self-defense. One never knows when he or she will find themselves in a situation that warrants the need for self-defense.

Last week the news was filled with images of an Uber driver being harassed by a group of men riding dirt bikes. According to one news account:

“A man who was brutally attacked on a busy San Francisco highway on Wednesday has been identified as an Uber driver.”

“The 35-year-old man, identified by only his first name, Alex, was beaten after more than a dozen men on dirt bikes and all-terrain vehicles surrounded his car on US Highway 101, according to the San Francisco Chronicle. When the men began vandalizing his car, the driver left the vehicle to confront them, which lead to the beating…”

“Drivers for ride-hailing services have often been accused of attacking their passengers. They’re sometimes victims of violence themselves, though, but usually those incidents originate inside the vehicle. Among the more serious incidents reported to police was the sexual assault of a female Uber driver by a male passenger last November in the Sherman Oaks section of Los Angeles.”

Many years ago, I frequently drove from my home in Mesa, Arizona, north to Flagstaff to visit a friend. On one occasion, I was returning home when a car with 4 Hispanics began harassing me. I slowed down and they slowed down. I sped up and they sped up. This continued for nearly 15 miles.

As I approached a stretch of road with a sharp drop-off on one side, the Hispanics pulled up alongside and began moving their car towards me. It was good weather and our windows were open and the guys in the car were yelling at the driver to run me over the cliff.

At that point, I had enough. I always traveled with a loaded handgun. In this case, it was a Ruger Super Blackhawk .44 Magnum. It’s an impressive handgun with a 7-inch barrel and weighed 3 pounds. I grabbed my gun, rested in on my elbow in the open window, looked at the guys in the car next to me, cocked the trigger and said ‘good-bye’. They hit their breaks and dropped so far behind me that I could no longer see them.

About 5 miles down the highway, I saw a highway patrolman at the side of the road and I pulled over and reported the incident to him. As we were talking, the car of Hispanics drive by and I pointed it out to the officer. He went after them and stopped them. I found out later that they were all illegals from Mexico and the car they were driving was stolen.

I knew had I not had my gun with me that day, that they would have run me off the road and over the cliff to my certain death.

How many times have you heard on the news or read about a taxi driver or pizza delivery person that was robbed, stabbed, beaten or shot? How many of them would have been able to defend themselves if they were armed with a gun or kept a loaded gun handy in their car?

I know had I not had a loaded gun handy, I wouldn’t be here today. Had Alex, the Uber driver had a loaded gun, he could have fended off the bikers and would not be recovering in the hospital from a brutal beating.

This is why you should carry a loaded gun while driving, if legally allowed to do so. If not legally allowed, then laws need to be changed to allow them to carry loaded weapons for self-defense.