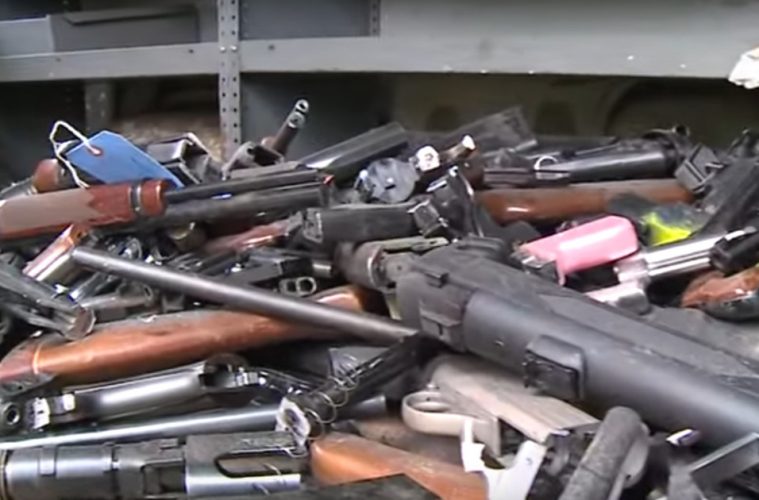 Tucson is a sprawling metropolis of nearly 1 million people in the metropolitan area, nestled in the southern Arizona desert at that base of the Santa Catalina Mountains and only 60 miles north of the Mexican border. Currently, Tucson’s biggest claims to fame includes the University of Arizona with their nationally ranked NCAA basketball team and former US Rep. Gabby Giffords.

Sadly, Tucson is controlled by liberal Democrats who, like Obama and Clinton, are anti-Second Amendment. The current Mayor of Tucson is Jonathan Rothschild, a Democrat. The City Manager is Michael Ortega who claims to have no political party affiliation, but who generally sides with the liberal Democrats. Five of the six other members of Tucson city council are Democrats, with one lone Republican.

Tucson has a policy of destroying every gun they confiscate. The problem is that sometimes they confiscate guns from innocent people who find out that their guns cannot be returned because they were destroyed or slated for to be destroyed. Some believe the destruction of the firearms is illegal, since a pair of 2013 state laws require law enforcement agencies to sell confiscated firearms instead of destroying them.

However, the Tucson city council refused to budge on the issue and enforced a city ordinance directing the law enforcement agencies to destroy the firearms. In an attempt to get cities and local governments to comply to state laws, the state legislature passed a law in 2016 that basically forces local governments to abide by state law or face the loss of state funds. In Tucson’s case, they receive about $170 million in state aid annually.