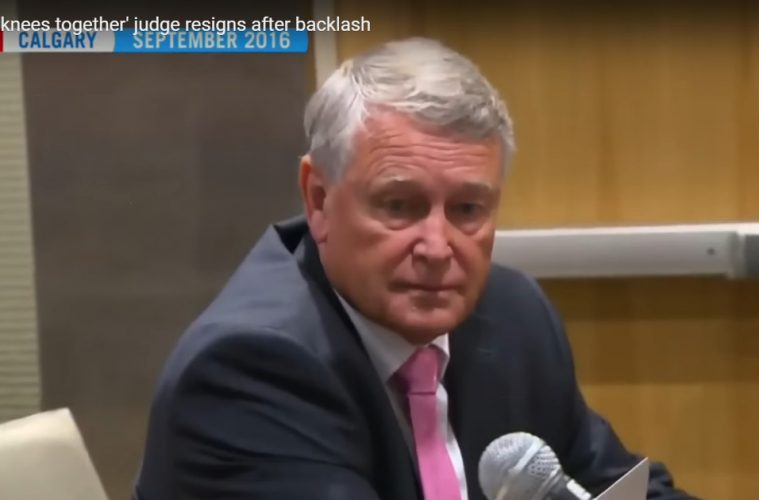 There is no greater crime and humiliation to a woman than to be raped. Worse yet is when a judge blames the woman for the crime as a Canadian judge did. However, after telling a rape victim that she should have kept her knees together, Canadian Federal Court Judge Robin Camp was forced to resign, and rightfully so.

A judge who became known throughout Canada for asking a complainant why she could not just keep her “knees together” during a sexual assault has resigned from the country’s Federal Court. It was the latest in a series of episodes that have prompted questions about the handling of sexual assault cases in Canada.

The resignation of the judge, Justice Robin Camp, on Thursday was a rare event in Canada’s judicial system and followed the release of an unusually strongly worded report from the Canadian Judicial Council recommending his firing.

“The judge’s misconduct was manifestly serious and reflected a sustained pattern of beliefs of a particularly deplorable kind,” the council wrote in its report.

The release of that finding and Justice Camp’s resignation followed an announcement by prosecutors on Tuesday that they would appeal the acquittal of a former taxi driver in Halifax, Nova Scotia, in another sexual assault case. The provincial court judge in that case concluded that the complainant — who was found drunk, semi-naked and unconscious by the police in the back of a cab — had consented to sexual activity with the driver.