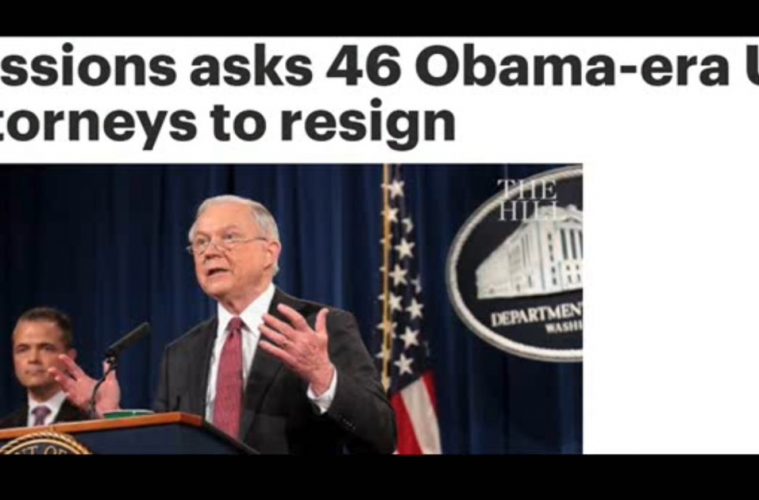 AG Sessions Gets Rid of Last 46 Obama US Attorneys

Attorney General Jeff Sessions has asked the remaining 46 U.S. attorneys to resign, the Justice Department announced Friday, describing the move as part of an effort to ensure a “uniform transition.”

The department said some U.S. attorneys, as in prior transitions, already had left the department. Now, “the Attorney General has now asked the remaining 46 presidentially appointed U.S. Attorneys to tender their resignations,” a spokeswoman said.

“Until the new U.S. Attorneys are confirmed, the dedicated career prosecutors in our U.S. Attorney’s Offices will continue the great work of the Department in investigating, prosecuting, and deterring the most violent offenders,” the statement added.

It is customary, though not automatic, for the country’s 93 U.S. attorneys to leave their positions once a new president is in office. Incoming administrations over the past several decades typically have replaced most U.S. attorneys during the first year or two.