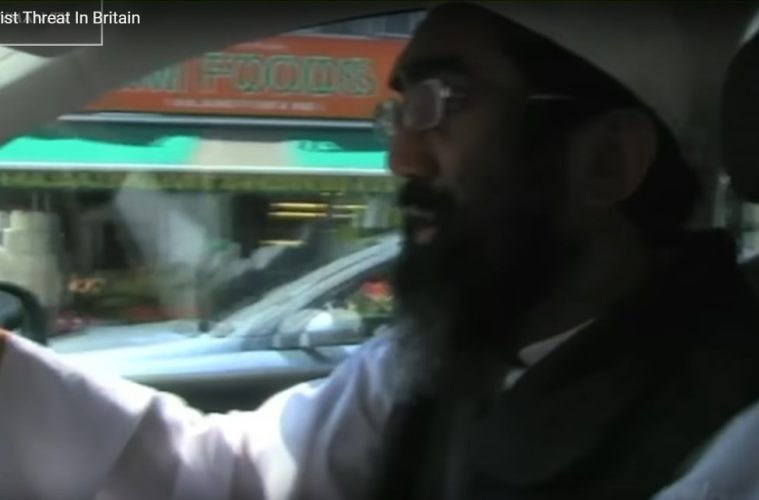 History has taught us one thing and that is many of the issues, fads, fashions, etc., that hit the United Kingdom eventually hits the United States.

The decline of the Christian church became evident in the United Kingdom about 20 years before it became evident here in the US. Historic and beautiful churches closed their doors for lack of attendance throughout parts of England and some have been doing the same here in the US. The UK’s National Health Services program began in 1948 and was pointed to as a forerunner of America’s Affordable Care Act.

In many places throughout the United Kingdom, Muslims began immigrating and taking over entire communities. Our friends who are born and raised in the UK have told us that many Albanian Muslims fled to the United Kingdom about 20-30 years ago. They promised they didn’t want to change anything about the nation, but that they just wanted a chance for a better life. Today, they have taken over entire communities and small towns. They took over the stores and shops along with the schools, churches and local governments. Many push sharia law over British law. As a result, many Christian churches are now empty or turned into pubs, private homes, hotels and mosques.

A recent study also indicates that the great influx of Muslims has helped give rise to what is described as the greatest threat to the United Kingdom today – Islamic terrorism. The Henry Jackson Society conducted an analytical study of Islamic terrorist attacks in the United Kingdom from 1998 to 2015. What the study found should be taken as a dire warning for America.

According to the Executive Summary of the report:

“Islamism-inspired terrorism remains the principal terrorism threat to both the United Kingdom (UK) and British interests overseas. At the end of 2016, terrorism directed, approved or inspired by Islamic State posed the predominant threat to national security, while al-Qaeda and affiliate groups continue to aspire to attack Western interests. For more than two decades, militant Islamist groups have successfully recruited UK-based individuals for terrorist facilitation and training overseas, as well as directed or inspired involvement in terrorism at home.”

“Islamist Terrorism: Analysis of Offences and Attacks in the UK (1998–2015) provides information and statistical analysis on the manifestation and development of the threat to national security from Islamism-inspired terrorism.”

The greatest threat to their national security is now determined to be homegrown Islamic terrorists. This is only possible because so many Muslims were allowed to immigrate to the UK 2-3 decades ago. The second-generation Muslims seem to be the ones who are so easily radicalized and recruited to take part in what they believe to be a jihad (holy war) against the infidels who run the country.

This report verifies what our UK friends have been telling us for over 10 years now. They warned that the same thing will happen in the US. We were also told that in many circles within the UK, Barack Obama is viewed as a Muslim and who was working hard to promote Islam and convert America into a Muslim nation or destroy it in the process.

Under Barack Obama, thousands of Muslims immigrated to the US. Like in the UK, most of them say they don’t want to change anything but take advantage of the American way of life. Yet, in places like Dearborn, Michigan, they are making changes to make the area more like the Muslim nations they fled. There has also been a number of reports of Muslims invoking sharia law to justify beating and killing their wives and daughters.

One Pennsylvania judge even chastised the victim of a crime by a Muslim because the victim supposedly defamed Muhammad by dressing up as a zombie Muhammad for Halloween. The offended Muslim physically attacked the man and the incident was caught on camera. However, the judge, who had converted to Islam, set the Muslim offender free and read the riot act at the victim.

The study of Islamic terrorist attacks in the UK should be taken as a dire warning to the United States. Based on the study and what our UK friends have repeatedly shared with us, homegrown Islamic terrorism starts with a large immigration of Muslims into the country and then the younger ones, often the second-generation Muslims are the ones that become easily radicalized and turn to jihadist terrorism.

The question is, will America listen to the warning or learn from the history of others?