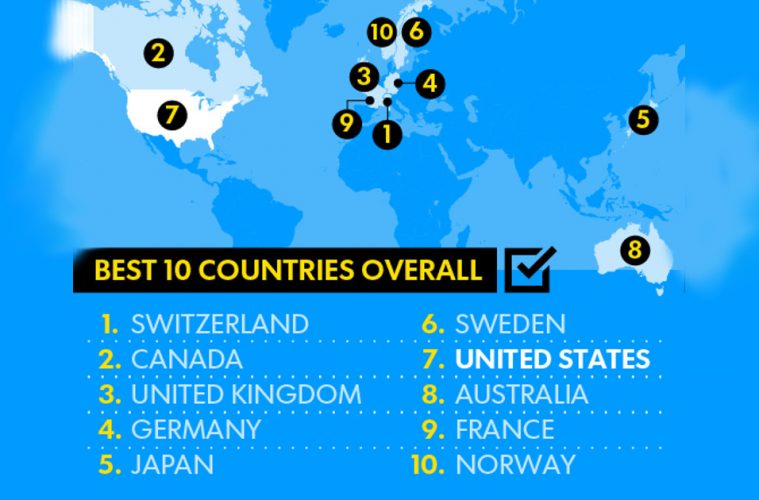 After 8 years of Barack Obama, the United States has dropped from being the fourth best country in the world to seventh. While some are already blaming President Donald Trump, he has not been in office long enough to have this much of a drastic change in the ratings. Hopefully, after eight years with Trump, America will move closer to the top.

It may be too early to expect President Donald Trump to fulfill his campaign promise of “making America great again,” but it’s clear that he has his work cut out for him. A new ranking of the best countries shows America has fallen three spots to seventh place.

The ranking, released Tuesday by U.S. News & World Report in partnership with the University of Pennsylvania’s Wharton School and global brand consultants BAV Consulting, show the Unites States has lost its position as fourth best among world’s best countries while Switzerland debuted at No. 1.

Among the 21,000 surveyed, 75% said they lost some respect for U.S. leadership after the 2016 presidential election.

The United States ranked lower than past years across multiple categories, including best for business, citizenship, adventure tourism, education, transparency and headquartering a corporation. However, the country remained No. 1 on the list of most powerful countries closely followed by Russia and China.