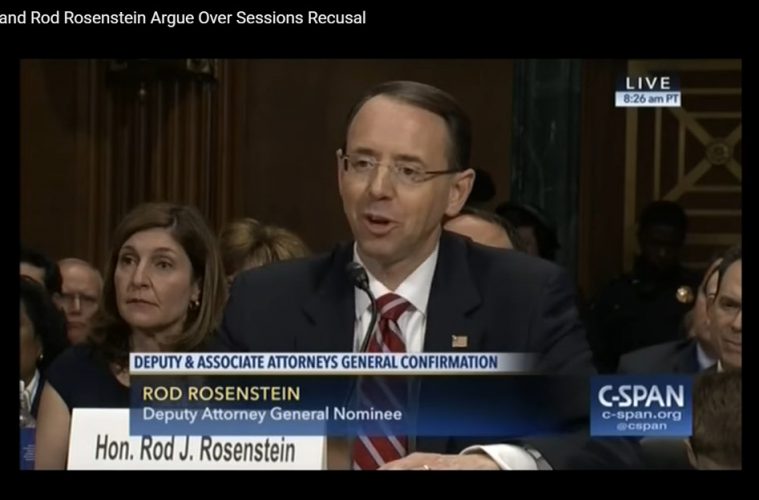 When Rod Rosenstein took his seat for his Senate confirmation hearings for Deputy Attorney General, he already had enemies since he was a Republican nominated by President Trump. When asked about the need for a special prosecutor to look into the alleged link between the Trump campaign and Russia, Rosenstein stood his ground and refused to be bullied by the hostile Democrats.

President Trump’s nominee for deputy attorney general, at his confirmation hearing Tuesday, pushed back on Democratic calls to name an independent special prosecutor to oversee the Justice Department’s probe into Russian interference in the 2016 presidential campaign.

Democrats have shifted focus to nominee Rod Rosenstein in the wake of Attorney General Jeff Sessions recusing himself last week from any such investigations. If confirmed, Rosenstein would be the point person on the election interference investigation.

Sen. Dianne Feinstein, D-Calif., said at Tuesday’s hearing that Rosenstein has “impressive credentials” and she does not question his “integrity.” But she said, “We need steel spines and there is a real danger the Justice Department could become politicized.”

Rosenstein, though, said he is not aware of any circumstances that would demand his recusal, though he left the door open by saying he would become familiar with the evidence and reassess. But he would not commit to naming a special counsel.