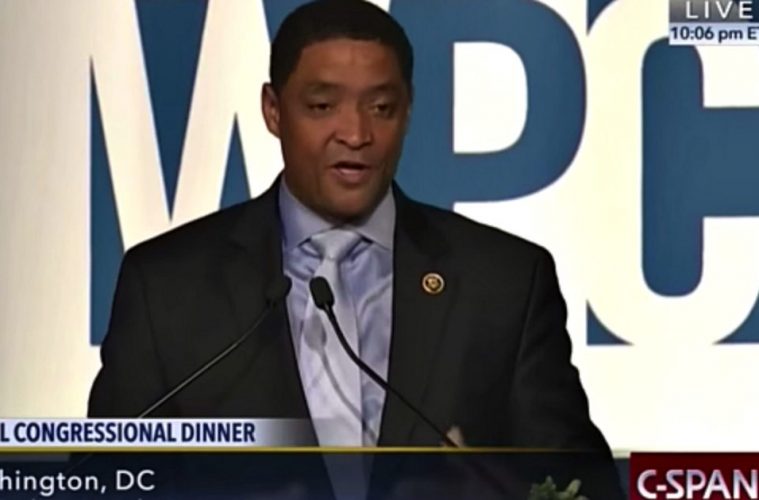 This is way beyond the pale.

On Wednesday evening, Democrat Representative Cedric Richmond made a disturbing “joke” about a picture he’d seen of Kellyanne Conway in the Oval Office. The picture had recently sparked a commotion on the left because it showed Conway with her feet up on the couch in the office during President Trump’s meeting with a group of leaders from America’s Historically Black Colleges (HBCU’s).

However, Rep. Richmond went beyond the normal leftist tripe of arguing that Conway was being too casual or disrespectful in the Oval Office; he instead intimated something of a “sexual” nature.

Speaking at the Washington Press Club Foundation dinner and pointing his comments towards Republican Senator Tim Scott (R-SC), Richmond said, “You even mentioned Kellyanne and that picture on that sofa. I really want to know what was going on there because she really looked kind of familiar in that position there, but don’t answer.”

This is an exact quote from congressman @CedricRichmond: “Y’all seen that photo of Kellyanne on couch? She looks familiar in that position.” pic.twitter.com/drMybx6ruk