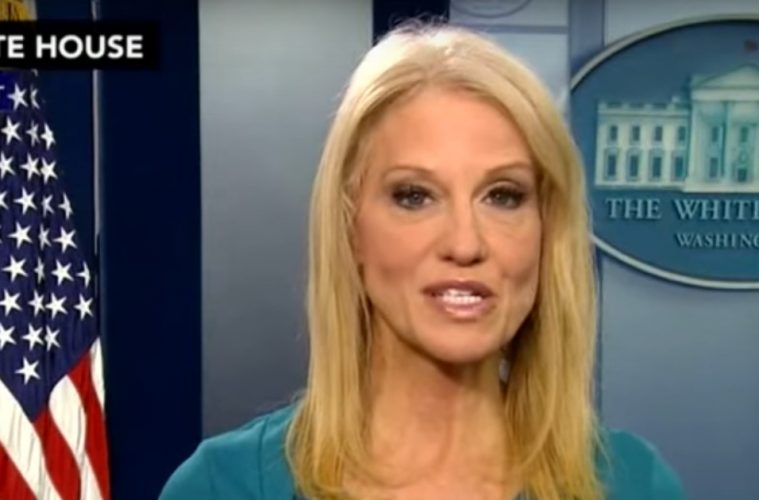 WH Says Conway Counseled on Ethics, No Need for Discipline

Liberals are still clamoring for the head of White House legal counsel Kellyanne Conway after she endorsed Ivanka Trump’s product line. However, White House sources say that she has been counseled on ethics and that there is no need for further discipline.

The White House Counsel’s Office has concluded that senior adviser Kellyanne Conway acted “inadvertently” when she endorsed Ivanka Trump’s clothing line, rebuffing a recommendation by the top federal ethics official that she be disciplined for an apparent violation of federal rules.

Stefan C. Passantino, who handles White House ethics issues as deputy counsel to President Trump, wrote in a letter Tuesday that his office concluded Conway was speaking in a “light, offhand manner” when she touted the Ivanka Trump line during a Feb. 9 appearance on “Fox & Friends.” At the time, Conway was addressing efforts by activists to persuade retailers such as Nordstrom to drop Ivanka Trump-branded items.

“We concluded that Ms. Conway acted inadvertently and is highly unlikely to do so again,” Passantino wrote to Walter M. Schaub, Jr., director of the Office of Government Ethics, adding that Conway made the comments “without nefarious motive or intent to benefit personally.”