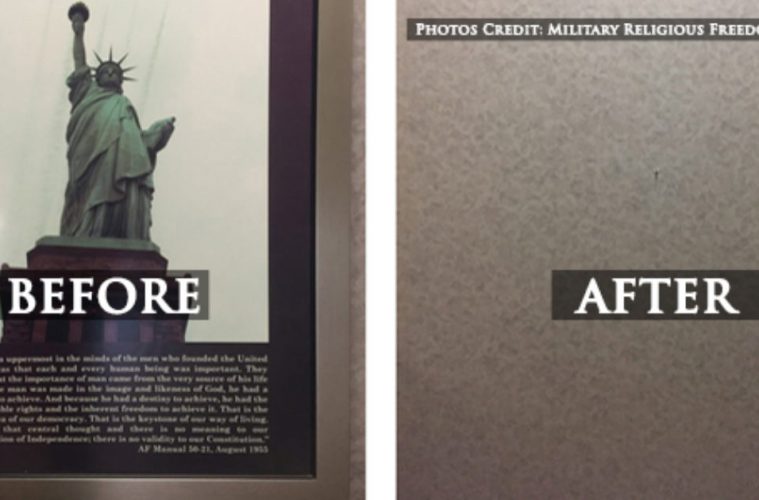 We are learning that the use of common language is no longer acceptable. There are some that hate the truth and want no reminders of this truth. Such things as “mankind” and the like have people up in arms.

This use of this type of language is antiquated. It reminds them of “patriarchal” society. The leftists see this as sexist and excluding of women. Therefore, they call for the scrubbing of such language.

Officials at Air Combat Command have removed inspirational posters deemed “sexist” and “faith-based” by the Military Religious Freedom Foundation and the National Organization for Women.

Quotes from an Air Force manual published in 1955 are at the center of a controversy for Joint Base Langley-Eustis, Virginia. Posters that use “man” to generically refer to humanity — coupled with the idea that God is the source of all creation — sparked protests from NOW and MRFF. Maj. Malinda Singleton, a spokeswoman with Air Combat Command, confirmed to Air Force Times on Tuesday that the posters have been taken down.