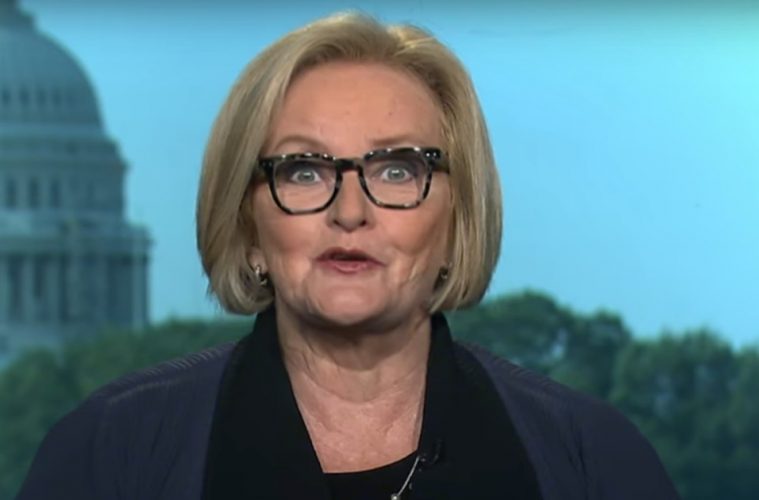 A number of top ranking Democrats in Congress are calling for newly sworn in US Attorney General Jeff Sessions to resign for lying to the Senate about his meetings with Russian officials. One prominent Democrat Senator, Claire McCaskill is calling for Sessions resignation also lied about her meetings with Russia’s ambassador. She said she never met with any Russian officials yet evidence indicates she did. Should she also resign or is this another case of liberal double standards?

Several senators on both sides of the aisle rushed to back Attorney General Jeff Sessions Thursday as he sought to blunt resignation calls from senior Democrats, following revelations he met last year with Russia’s ambassador – a detail omitted from recent congressional testimony.

His defenders say such meetings between senators and diplomats were routine. And Sessions even got an inadvertent boost from Democratic Missouri Sen. Claire McCaskill, who in demanding the AG’s resignation initially claimed she never called or met with Russia’s ambassador — only for tweets to surface indicating she had, at least twice.

Other former colleagues intentionally came to Sessions’ defense, backing the former Alabama senator’s claim he only met with Russian Ambassador Sergey Kislyak in his official capacity as a member of the Senate Armed Services Committee.

“I’ve met with the Russian ambassador with a group, in my capacity, with a group of other senators,” Sen. Joe Manchin, D-W.Va., told CNN. “That’s in my official capacity. That’s nothing. That’s my job.”