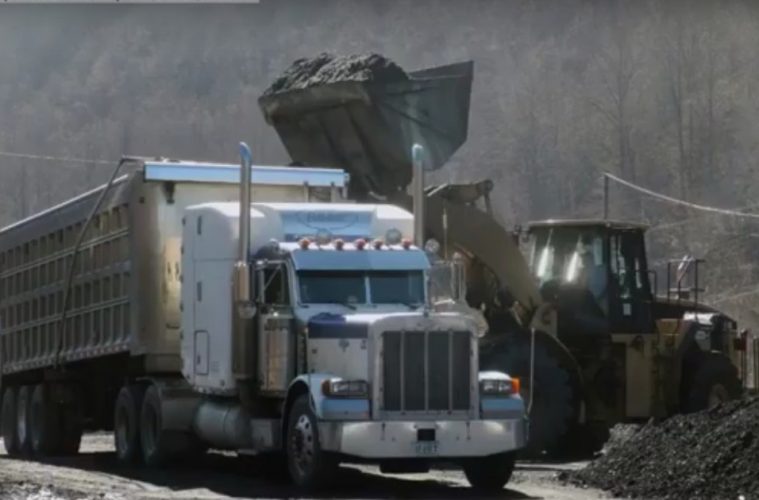 Barack Obama made it known that he wanted to shut down the coal and oil industry and force America into using green energy. He didn’t care how many jobs it would cost American workers.

In 2012, the result of Obama’s war on coal was that several coal companies were having to lay off workers. Pennsylvania’s PBS Coals Inc. and RoxCoal Inc. just released a statement that they are laying off 225 employees. The miners being laid off work in both the surface and deep coal mines.

“Both the foreign and domestic coal markets remain soft due to weak economic growth and activity. Additionally, the escalating costs and uncertainty generated by recently advanced EPA regulations and interpretations have created a challenging business climate for the entire coal industry.”

The Murray Energy Corp. in Alledonia, Ohio, also announced that they are laying off 29 miners at the Ohio Valley Coal Company’s Powhatan No 6 Mine.  These 29 miners are also union members and from the indications of mine management, may only be the first in a series of job losses that followed.

Ronald Koontz, General Manager of the mine said:

“The failed energy policies of the Obama administration and the ‘war on coal’ that the president and his Democrat supporters have unleashed are the direct causes of this layoff.  Unfortunately, for us, this is just the beginning [of] the work force reductions.”

“We are deeply disappointed and saddened that we had to take this action, but the excessive and unnecessary actions of the Obama administration have disrupted our mining operations and taken away much of the market for our coal.  In turn, this will drive up electricity costs for everyone and increase the cost of goods for American citizens.”

In 2015, Barack Obama escalated his war on the coal and oil industries by announcing new EPA regulations. Calling his illegal regulation the Clean Power Plan, Obama tried forcing states and industries to cut their carbon emissions by at least 30% over the next 15 years.

While his plan was aimed directly at the coal industry, it also affected the oil and auto industries and thousands of manufacturing facilities. It also meant that billions of our taxpayer dollars were wasted on more failed green energy programs.

In the past eight years, Obama has spent well over $1 billion of taxpayer money on green energy experiments that have failed. Many of the green energy companies that took our money have either closed their doors or drastically scaled back their operations because green energy is still too costly to make it a viable alternative to today’s market.

If you recall, Obama granted Solyndra $500 million in taxpayer money to develop efficient green energy solar panels, but the company failed and went out of business. National Renewable Energy Lab received $900 million of our tax dollars from 2008 through 2010 to develop green energy programs for the Department of Energy. In 2011, their projects were so unsuccessful that they slashed their staff from 1,350 employees down to 100-150 positions.

I’m all for green energy but at what cost?

The cost will be thousands of jobs held by middle income Americans who cannot afford to lose their jobs and that’s exactly what Obama’s EPA plan does and skyrocketing electricity rates as promised. Remember what Obama said back in 2008?

“Under my plan … electricity rates would necessarily skyrocket.”

Thousands of coal miners found themselves out of work which had a huge economic impact in states like West Virginia, Pennsylvania, and Kentucky where coal mining is one of these states’ major industries. Entire mining towns became ghost towns. Thousands of families were forced to move elsewhere to find employment which for many was hard to find as the only thing they know is coal mining.

Patrick Morrisey, Attorney General of West Virginia joined with other AGs from 14 others states to form a coalition to fight Obama’s new EPA regulation. Morrisey and the other states are claimed that Obama’s final ruling is illegal:

“The final rule announced Monday blatantly disregards the rule of law and will severely harm West Virginia and the U.S. economy. This rule represents the most far-reaching energy regulation in this nation’s history, drawn up by radical bureaucrats and based upon an obscure, rarely used provision of the Clean Air Act. We intend to challenge it in court vigorously.”

“This final rule adopts a radical, unprecedented regime, transforming EPA from an environmental regulator into a central planning authority for electricity generation. With this final rule, the administration is doubling down on a proposal that would force states to fundamentally reorder their energy economies, which will lead to fewer jobs, higher electricity rates and put stress on the reliability of the power grid.”

In a press release from Morrisey’s office it states:

“The rule is also illegal because it seeks to require states to regulate coal-fired power plants under Section 111(d) of the Clean Air Act, even though the EPA already regulates those same plants under the hazardous air pollutant program, or Section 112 of the Act. Amendments to the Clean Air Act in 1990 expressly prohibited such double regulation.”

“The administration is relying on a drafting error in a portion of the 1990 amendments to claim it has the authority to follow through with these onerous regulations.”

“‘Our coalition, in short order, will comprise of many states, consumers, mine workers, coal operators, utilities and businesses who are united in opposition to this radical and illegal policy,’ Attorney General Morrisey said.”

One of the areas that was hit hard by Obama’s war on coal was Wise County Virginia where for years coal was king and the only source of work for several generations of coal miners.

However, under President Donald Trump’s policies, coal mines in this part of Virginia are back in operation, digging and shipping coal seven days a week. Miners are back to work and the entire community is being revived like a field of flowers after a springtime rain.

A long-time supervisor at one of the coal mines told the media:

“We load coal every day for the power plant in Virginia City. There’s one shipment a week for Georgia Power, and one for Tennessee Eastman.”

Donald Trump promised to revive the coal industry and put miners back to work and he is already living up to his promise. Hundreds of families are sitting down to food on the table and roof over the head and that’s all they ask. While Obama and Democrats didn’t care about everyone who’s life depended on the coal industry, things are already different and improving under a Trump administration. He really is giving life and jobs back to the coal community.