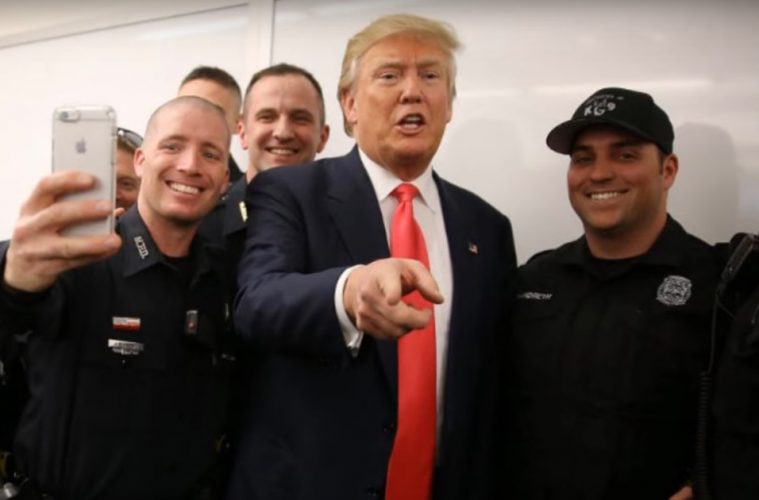 While in the past, President Trump has taken a hard stand on illegal immigration. Reports are surfacing that he is willing to compromise and change his hard stand, but not to the point of providing a pathway to citizenship.

President Trump offered mixed signals Tuesday about his plans on immigration, suggesting privately that he is open to an overhaul bill that could provide a pathway to legal status — but not citizenship — for potentially millions of people who are in the United States illegally but have not committed serious crimes.

Yet Trump made no mention of such a proposal during his prime-time address to a joint session of Congress, instead highlighting the dangers posed by illegal immigration.

At a private White House luncheon with television news anchors ahead of his speech, Trump signaled an openness to a compromise that would represent a softening from the crackdown on all undocumented immigrants that he promised during his campaign and that his more hard-line supporters have long advocated.

“The time is right for an immigration bill as long as there is compromise on both sides,” Trump told the anchors. His comments, reported by several of the journalists present, were confirmed by an attendee of the luncheon.