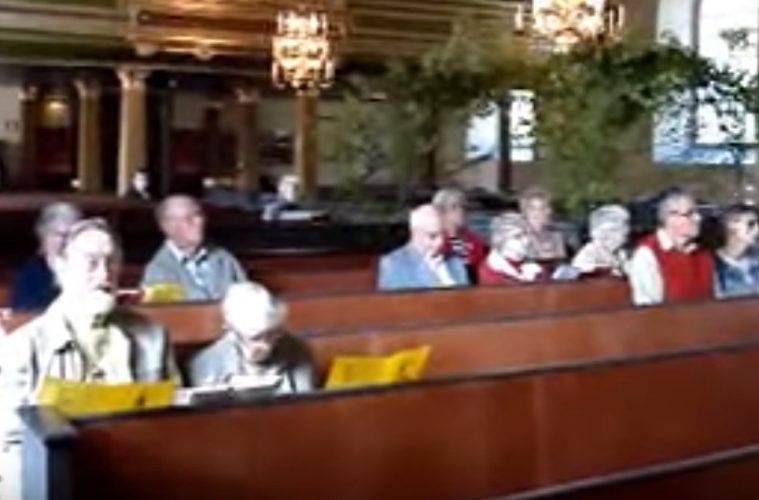 In 2006, Illinois Senator Barack Obama was giving a keynote address to a conference titled Call to Renewal. The conference was sponsored by Sojourners, a Christian magazine.  At that conference, Obama said:

“Whatever we once were, we are no longer a Christian nation – at least, not just. We are also a Jewish nation, a Muslim nation, a Buddhist nation, and a Hindu nation, and a nation of nonbelievers.”

Many people reacted to that statement and still do. Many misquote Obama claiming that he said America was no longer a Christian nation. For whatever reason, they leave out the word ‘just’.

That figure may in fact be even higher than 68% since a number of those that responded that America is still a Christian nation did so because it was founded as a Christian nation in the beginning or that they felt there were still more Christians than non-Christians in the country.

“Much of the world refers to America as a Christian nation, but most of our Christian leaders don’t think so. The Bible only uses the word ‘Christian’ to describe people and not countries. Even those who say America is a Christian nation admit that there are lots of non-Christians and even anti-Christian beliefs and behaviors.”

There is no doubt that America today is no longer governed as a Christian nation. The biblical values that our Founding Fathers used to forge The Declaration of Independence and U.S. Constitution are being replaced with immoral secular hedonistic values. More and more things described in the Bible as being sinful are being legalized at an alarming rate.

Now we have more evidence that America is no longer a Christian nation. According to the American Culture & Faith Institute:

“More than 100 million adults in America claim to have a biblical worldview! Are they right? Does it matter?”

“A series of nationwide surveys conducted by the American Culture & Faith Institute (ACFI) addressed the question of how many Americans have a biblical worldview. Interviewing 6,000 people from three distinct populations – the general public, theologically conservative Protestant pastors, and SAGE Cons – the surveys produced some startling results. But does it matter?”

“‘It’s very important to know how many people have a biblical worldview because peoples’ behavior is driven by their beliefs – we do what we believe. In other words, our worldview determines the choices we make and the resulting actions we take,’ explained research veteran George Barna, who directed the studies for ACFI. ‘Everyone has a worldview. The critical question is which one people have embraced. If we want to transform our culture then we will need to change the choices people make that produce that culture. And in order to change those choices we must identify the beliefs that led to those choices’.”

This survey not only proves that America is no longer a Christian nation, but it also paints a very dismal outlook for the biblical future of our nation with so few younger people holding onto a biblical worldview. It’s also proof that our public education system has been very successful in destroying the biblical values that parents try to teach their children.