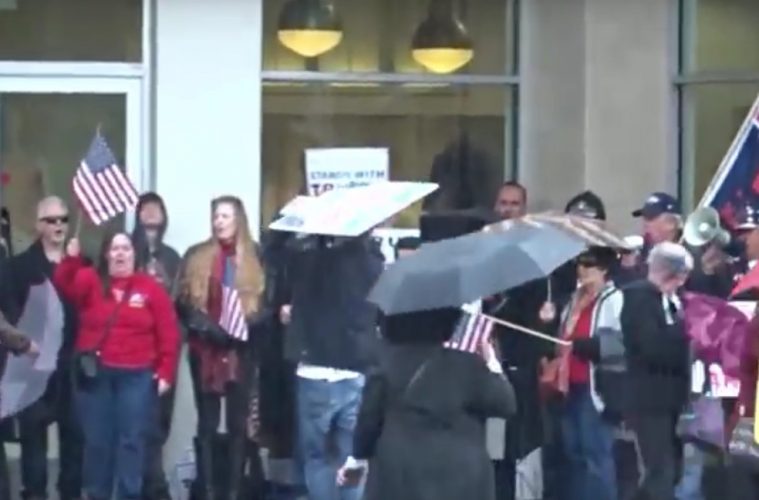 The mainstream media has been filled with all of the reports of anti-Trump rallies and protests, but did any of you hear about a growing number of pro-Trump rallies taking place throughout the nation?

President Trump’s biggest fans would like to say something: They’re still here.

In the five weeks since his inauguration, many have started to worry that the populist energy that helped vault Mr. Trump to victory is being subsumed by the millions of critics who have rallied at airports, city squares and town hall-style meetings to protest his policies on immigration, health care, reproductive rights and more.

So on Monday, hundreds rallied across the country at statehouses and on courthouse steps to wave flags, listen to conservative speakers and stick up for a president who they say has been treated unfairly by the news media and his critics.

In Atlanta, a patriotic and generally good-natured crowd of around 200 people showed up at Liberty Plaza, in the shadow of the gold-domed State Capitol.