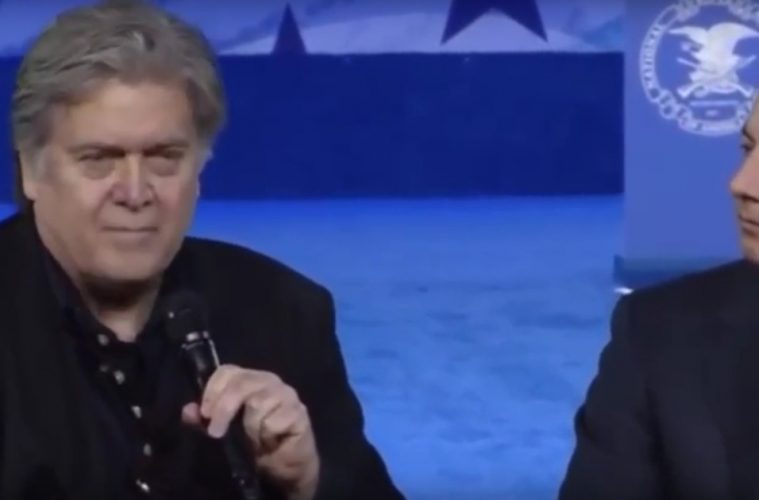 White House Chief Strategist Steve Bannon says that making America great again will be a daily battle with the media and other liberals who will continue to fight to prevent the restoration of America to what it once was. He also said the daily battle will be worth it, even as it heats up more.

The reclusive mastermind behind President Trump’s nationalist ideology and combative tactics made his public debut Thursday, delivering a fiery rebuke of the media and declaring that the new administration is in an unending battle for “deconstruction of the administrative state.”

Stephen K. Bannon, the White House chief strategist and intellectual force behind Trump’s agenda, used his first speaking appearance since Trump took office to vow that the president would honor all of the hard-line pledges of his campaign.

Appearing at a gathering of conservative activists alongside Chief of Staff Reince Priebus, Bannon dismissed the idea that Trump might moderate his positions or seek consensus with political opponents. Rather, he said, the White House is digging in for a long period of conflict to transform Washington and upend the world order.

“If you think they’re going to give you your country back without a fight, you are sadly mistaken,” Bannon said in reference to the media and opposition forces. “Every day, it is going to be a fight.”