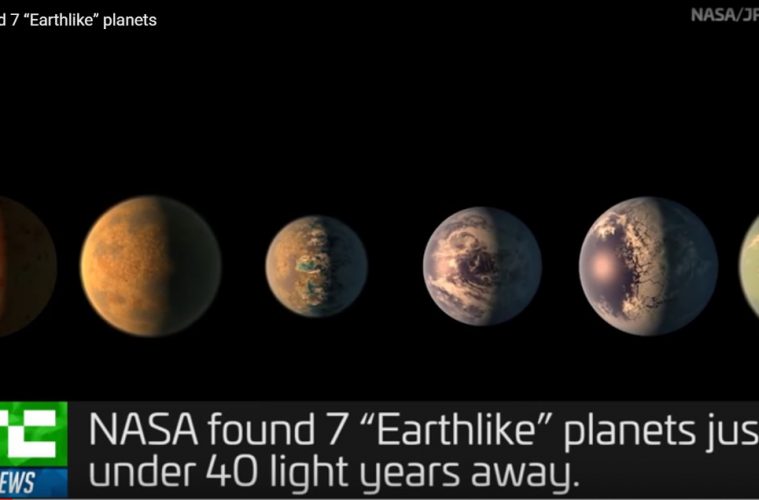 Evolutionists will hail the discovery of the Earth-like planets orbiting  the dwarf star TRAPPIST-1 as further proof of evolution but it proves nothing, other than similar size and similar distance from their sun. Water doesn’t mean life either. Don’t fall into the hype trap.

To the delight of science enthusiasts, NASA has announced the discovery of seven Earth-sized planets orbiting a single star a mere 39 light-years away.

In a highly anticipated press conference Wednesday, the space agency provided details about the alien worlds surrounding TRAPPIST-1, an “ultra-cool dwarf” star in the constellation Aquarius.

Of the seven rocky planets, three lie in what is known as the “Goldilocks Zone” — a habitable region around a star in which a planet is most likely to harbor water, and even life. But under the right atmospheric conditions, scientists say, all seven could potentially have liquid water.

Thomas Zurbuchen, associate administrator of the Science Mission Directorate at NASA headquarters in Washington, said these exoplanets ― planets that orbit a star other than our sun ― provide perhaps the very best opportunity for scientists to answer once and for all whether humans are alone in the universe.