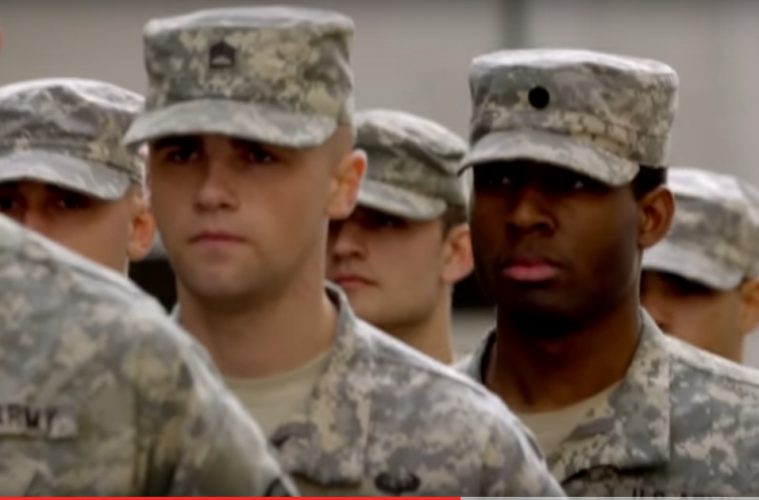 Centuries of history proves that the best way for a nation to defend itself is to have a strong and powerful military force. It goes with the age-old adage that the best defense is a strong offense.

When America was young and our military was not as mighty, we were subject to attacks such as the War of 1812 when British forces tried to invade and conquer our young nation. The result of that war was the buildup of a powerful military force that demonstrated its strength and capability in the Spanish-American War in 1898 that lasted only 4 months.

Under the past eight years of the Obama administration, military spending has been steadily decreasing. Obama intentionally reduced the number of military personnel, the number of nuclear weapons, military aircraft, ships and many other pieces of vital equipment. He also weakened the military in other ways including the open service of gays and cutting numerous benefits and limiting pay increases and retirement benefits.

Obama then attacked the retirement program for the military making it less desirable for people to give the country twenty or more years of their lives. Instead of being able to retire after twenty years and draw one’s pension at the age of 38 and older, Obama pushed to make a change that so they cannot draw their military retirement until 67 years of age. A number of people coming out of the military after 20 years have a hard time finding appropriate work and rely on that well-deserved pension to help them survive, but that doesn’t matter to Obama.

Troop and weaponry reduction was next on Obama’s list. Through his edicts, former Defense Secretary Leon Panetta began reducing the number of active military personnel in all branches. Ships, planes and other equipment were also reduced in numbers. By July 2013, the Air Force was reporting a shortage of 200 fighter pilots and said the trend would continue under the current regime.

Obama has also began weeding out those top military leaders that refused to say that they would shoot fellow Americans if ordered to do so. Those who refused were being turned down for promotions or moved to other non-essential positions, both of which are career killers in the military.

“We are outranged and outgunned by many potential adversaries … [and] our army in the future risks being too small to secure the nation.”

In referring to Obama’s effort to weaken the military at a press conference last week, Trump stated:

“Our country will never have had a military like the military we’re about to build and rebuild. It won’t be depleted for long.”

According to a recent report by Fox News:

“The Air Force wants to expand its forces by 30,000 airmen over the next five-to-six years.”

“The Army wants to expand by roughly that amount by October, according to a defense official who shared the plan with Fox News but was not authorized to do so.”

“As part of a proposed expansion, the Navy also wants 82 more ships and submarines, a 30 percent increase in the size of the fleet.”

“But increasing the ranks is only part of the plan.”

“Currently, half of the U.S. Navy F-18 Hornets can’t fly, and up to 75 percent of Marine Corps jets are grounded.”

“Roughly half of Air Force B-1 bombers are grounded awaiting spare parts. For many U.S. military jets flown well past their expected life, the shortage of spare parts comes from manufacturers that long stopped making them, forcing the services to scramble.”

All of this build up is due to President Trump’s promise to rebuild the military. His only obstacle will be getting Congress to approve the expenditure of billions of dollars to pay for the restoration of what Obama destroyed or allowed to age into disarray.

The part of Trump’s plan is to expand the military draft if the various branches are not able to attract enough recruits to fill the thousands of openings they are seeking to fill. One way or another, President Trump will keep his promise to rebuild and restore America’s military.