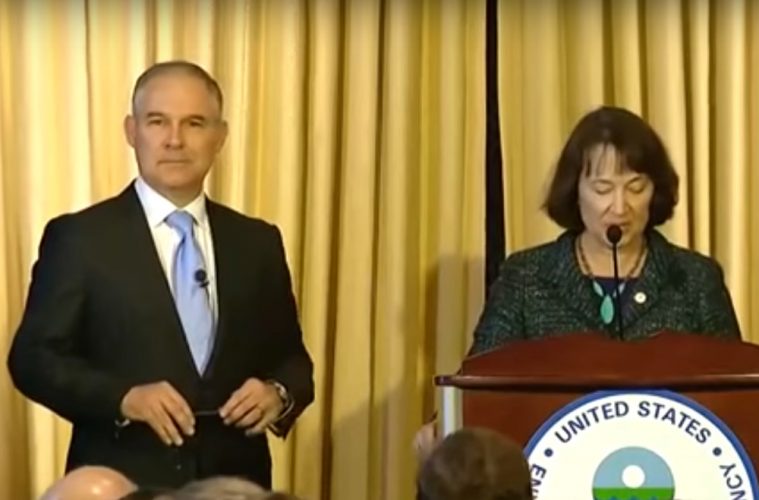 Every EPA Administrator Has Had An Agenda, Why Should Pruitt Be Different

When Obama was in the White House, his EPA administrators all had anti-fossil fuel agendas and had worked against the coal and gas industries before heading the agency. Now liberal are all up in arms because Scott Pruitt sided with the coal and gas industries while he was Oklahoma Attorney General. This is one of the main reasons Trump selected him for the position. So why the different standard?

An Oklahoma judge ordered the release of thousands of emails between Pruitt and fossil fuel companies like Koch Industries and Devon Energy last week — after he and the state AG’s office were accused of ignoring multiple records requests.

The group that sought the emails, the Center for Media and Democracy, pointed to the messages to accuse Pruitt of being too close to the industries he’ll now regulate.

“The newly released emails reveal a close and friendly relationship between Scott Pruitt’s office and the fossil fuel industry,” Nick Surgey, research director at CMD, said in a statement Wednesday.