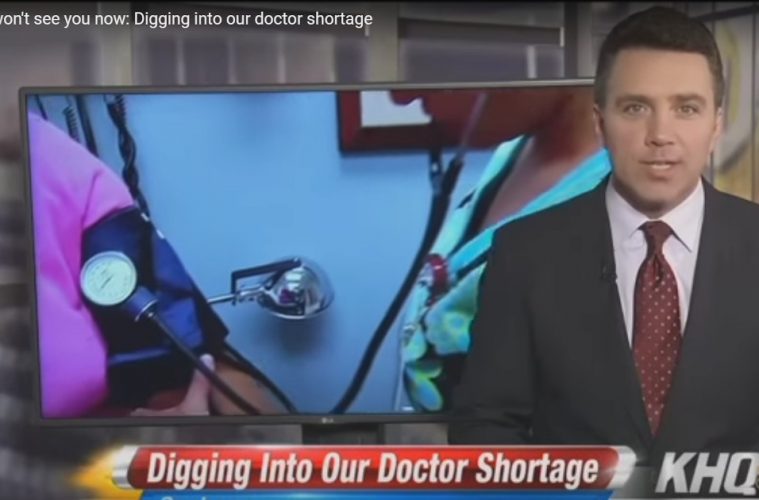 Blame Obama for Shortage of Doctors, Not Trump

In the 1980’s I remodeled a chain of hardware-lumber stores in Arizona. In each store, I would hire a crew of about 20-24 temporary workers. At one store, I hired a man I’ll only identify as Sam, who fled Iran with his family. He was a very successful medical doctor in Iran and it cost him almost all of his family’s savings to smuggle his family and himself out of Iran and then to receive refugee status in the United States.

Sam applied to numerous state boards for medical licensing and none of them would accept his medical degree from Iran as valid so he was unable to get a job in the medical field here in America. For several months, he worked for me at minimum wage and I must say he was the best, hardest working temp worker I had. Whenever I was called away to a meeting or had to go to measure and arrange supplies for the store on my list of remodels, I would leave Sam in charge of the work crew and he always saw that everything got done.

I couldn’t help but remember Sam as I listened to the news blaming President Donald Trump for a possible shortage of medical doctors here in the America. On CBS This Morning, a very liberal anti-Trump news program, they reported:

“This comes at a delicate time for the American medical system, as hospitals have until Wednesday to select their next generation of doctors. They are drawing from a pool that includes more than 1,000 applicants from countries on Mr. Trump’s list.”

“The U.S. is suffering a severe shortage of primary care physicians, with gaps recorded in almost every state, reports CBS News correspondent Tony Dokoupil. Major healthcare systems like Southern Illinois University planned to rely on foreign-born doctors. But with talk of the new travel ban, they fear those efforts could fall short.”

So, what is causing the doctor shortage that is soon to be blamed on Donald Trump?

In 2012, I reported that 8 of every 10 doctors responding to a physicians’ survey said they were thinking of quitting because of Obamacare:

“The Doctor Patient Medical Association conducted a survey of doctors across the country.  The survey took place from April 18 through May 22 of this year and was conducted on line and by fax. Of the 30,000 fax numbers of doctors in active clinical practices, 16,227 doctors successfully received the faxed survey. Of these, only 699 physicians completed the survey either by fax or going on line.

The results of those that responded indicated an overwhelming belief that Obamacare will be a complete disaster and that many of them are seriously considering leaving their medical practices because of it. Here are some of the statistics gathered from the survey:

“One of our friends back home are Bob (Swede) and Doris.  Bob sang at our wedding many years ago. They had a son, Donny and daughter, Donna. My wife and I continue to follow them through Facebook like so many of our other friends back home.

On Wednesday, Donna posted the following message on her Facebook page:

“Yesterday, I asked my beloved kids’ Pediatrician (30 years in practice) what he will do if ObamaCare stays – he said ‘very simply, not afford to practice medicine anymore’, ‘currently we receive 75 cents on every dollar. If that doesn’t get overturned, we’ll receive 18 cents on every dollar. People have no idea how vastly our lives will fall to pieces, based on that simple reality alone, if it stays.’”

Of course, you won’t ever see the liberal mainstream media place the blame on the shortage of doctors where it belongs – Barack Obama and his fellow Democrats who shoved Obamacare down our throats. If even half of the doctors actually quit who said they were going to because of the issues with Obamacare, that means up 40% of doctors left their practices.