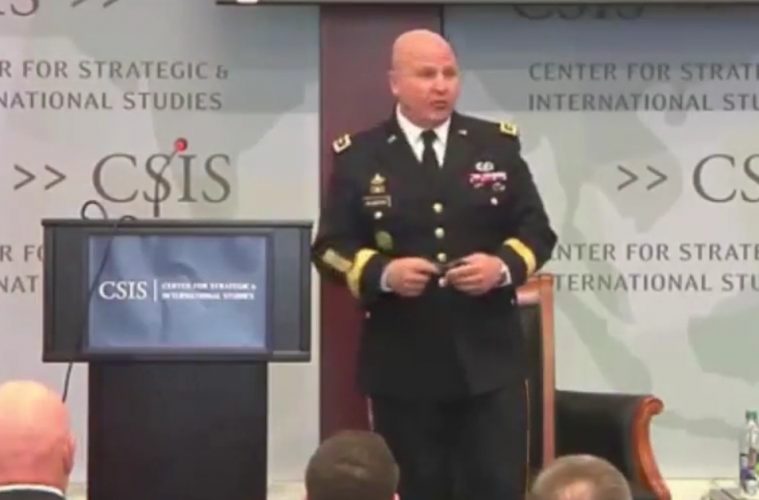 Lt. Gen. McMaster has been named as President Donald Trump’s new National Security Adviser. What could be his toughest job to start with is the stabilization of Trump’s foreign policy team as well as his national security council. Based upon his military career, McMaster is the just the man to accomplish the task.

Monday’s appointment of Lt. Gen. H. R. McMaster as national security adviser, after President Trump fired his predecessor, Michael T. Flynn, should augur at least a fleeting period of stability at the dysfunctional National Security Council. General McMaster is a compelling choice: a scholar-warrior in the mold of Secretary of Defense Jim Mattis, with the bonus of looking every inch the part — allegedly a critical asset in the image-conscious Trump administration.

Yet those very qualities could spell more trouble ahead. General McMaster’s deep understanding of civil-military relations, and his reputation for not suffering fools, could quickly make him an irrepressible critic — and political enemy — of Mr. Trump and his senior adviser, Stephen K. Bannon.

General McMaster, who is and will remain on active duty, is both a proven cavalry officer and a formidable defense intellectual, with a doctorate in history. His performance in combat at Tal Afar, Iraq, as commander of the Third Armored Cavalry Regiment is already studied as an exemplary application of counterinsurgency doctrine. In the 1991 gulf war, he led a legendary tank assault that completely destroyed a much larger Iraqi force and earned him a Silver Star.