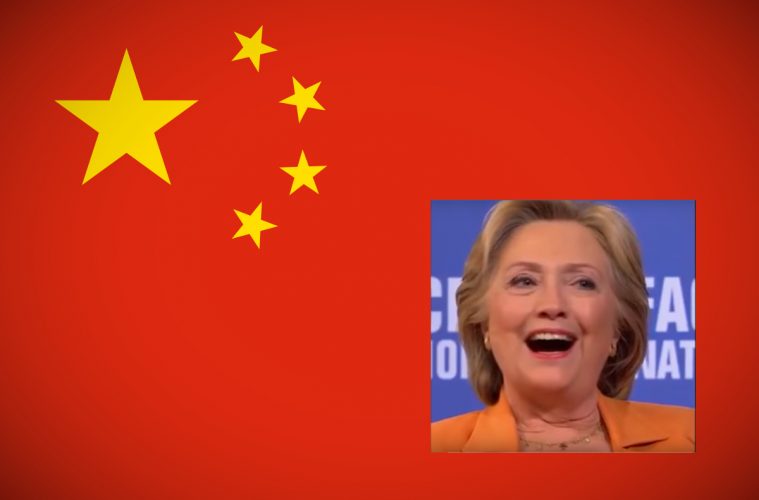 Democrats and Republicans in Washington DC are still upset and concerning about the alleged communication between the Trump campaign and Russian officials prior to the election and Trump’s inauguration. Information is surfacing that could be equally damaging to Hillary Clinton about alleged secret communications between her campaign and Chinese officials prior to the election.

An e-mail in WikiLeaks’ Podesta database shows a former State Department official with close ties to Hillary Clinton met with an ambassador to China early in 2016 and attempted to facilitate a secret “off the record” meeting between Clinton and the ambassador to discuss U.S.-China relations.

The revelation comes as many in the liberal press are attempting to use the 18th-century Logan Act as evidence of then-President-elect Trump’s potentially illegal communications with the Russian government.

Their argument goes something like this: Michael Flynn, Trump’s former national security adviser, was allegedly in communication with Russian officials to discuss sanctions passed by the Obama administration prior to Trump’s inauguration. If Trump had directed Flynn to engage in conversations over official state business prior to taking office, he and Flynn violated the Logan Act, because they never sought permission from the Obama administration to do so. If Flynn had engaged in these conversations on his own, he would still be guilty of violating the Logan Act, but Trump would escape liability.