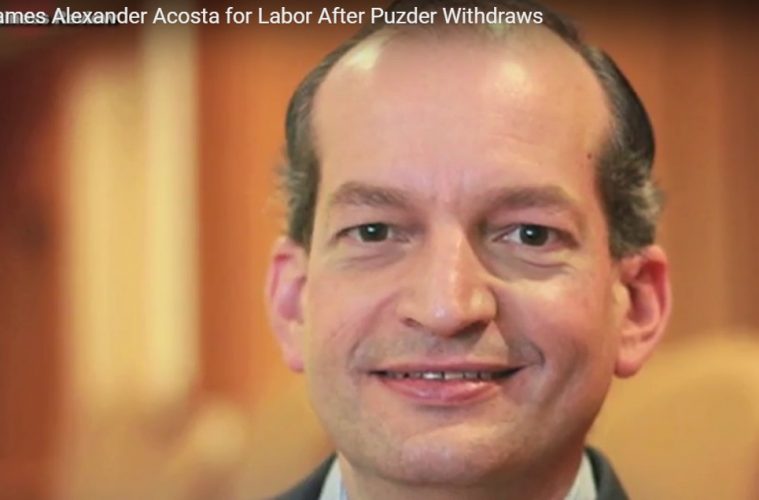 President Donald’s Trump first nominee for Labor Secretary, Andrew Puzder was forced to withdraw his name from consideration due a possible scandal. Trump announced his new nominee as Alexander Acosta, a former US Attorney.

A day after the dramatic exit of one of his Cabinet nominees, President Trump on Thursday named former U.S. attorney Alexander Acosta as his next pick for labor secretary.

Acosta served as an assistant attorney general for the Justice Department’s civil rights division under President George W. Bush and is a former U.S. attorney for the Southern District of Florida. He also previously served on the National Labor Relations Board and is now the dean of the law school at Florida International University. Acosta also served as a clerk to Supreme Court Justice Samuel Alito, Jr., when he was a judge on the U.S. Court of Appeals for the Third Circuit.

“He has had a tremendous career,” Trump said Thursday, adding that Acosta had “been through Senate confirmation three times.”