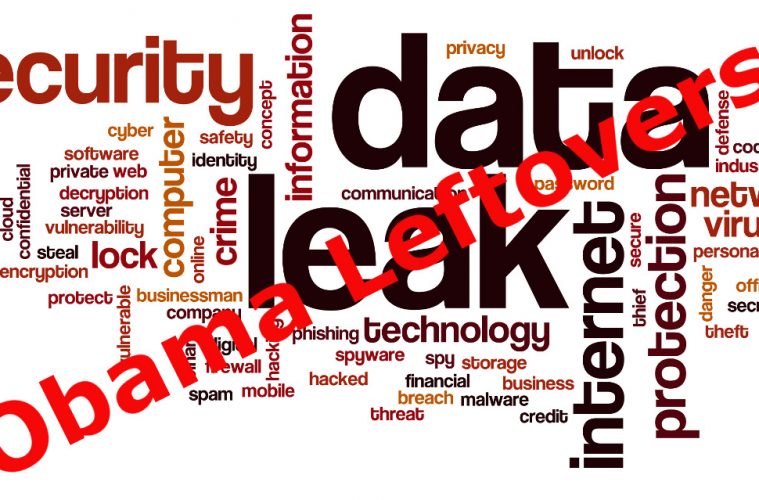 Washington DC is abuzz over the scandal surrounding President Trump’s former National Security Adviser Michael Flynn. Trump is claiming that there is a serious and illegal information leak from somewhere in the intelligence community that led to the public information on Gen. Flynn and his resignation.

But who is really to blame for the information leaks? Could they be coming from leftovers of the Obama administration?

In 2012 Army Lt. Gen. William Jerry Boykin reported that members of the terrorist group Muslim Brotherhood, had agents working in the Department of Defense, the Pentagon and ‘in every major federal agency.’ That revelation led to no real changes, no national media coverage or public outrage.

For several years, Mohamed Elibiary was employed by the Department of Homeland Security Advisor Council. He was eventually promoted to a senior fellow position in Obama’s Advisory Council. Elibiary not only supported the Muslim Brotherhood but he was also a strong follower of the Islamic martyr Sayyid Qutb who was executed in 1966 for trying to overthrow the Egyptian government. Before his death, Qutb called all Muslims to unite and form a global Islamic state. He stated:

“There is only one place on earth which can be called the home of Islam (Dar-ul-Islam), and it is that place where the Islamic state is established and the Shariah is the authority and God’s limits are observed.”

Referring to the writings of Qutb, Elibiary wrote:

“The potential for a strong spiritual rebirth that’s truly ecumenical allowing all faiths practiced in America to enrich us and motivate us to serve God better by serving our fellow man more.”

At least two of Obama’s Cabinet members clearly violated the Hatch Act by using their position to promote other political candidates. Neither received any disciplinary action by the same people that are screaming that Kellyanne Conway be disciplined for publicly promoting Ivanka Trump’s clothing line of products.

But every presidential transition relies on hundreds of leftover federal employees from the prior administration. In time, many of those leftover employees will be replaced, but that leaves many in a position to do whatever they can to sabotage Trump’s presidency. After all, there are anywhere from 1.7 million to 2.4 million federal employees, depending on what source you use, and many have held their federal jobs for years through several different administrations.

However, that doesn’t mean that they are loyal to every administration. They are real people with real opinions and political views and some are in positions to leak important or vital information to damage an administration they disagree with.

Take Sally Yates as a prime example of how a leftover can torpedo a new administration. The day Donald Trump was inaugurated, Loretta Lynch’s term as US Attorney General ended. Deputy Attorney General Sally Yates assumed the Attorney General position until Trumps nominee, Sen. Jeff Sessions could be confirmed by the Senate and sworn into office. Yates is a very loyal Obamanite who announced that she nor the Department of Justice would defend President Trump’s executive orders, especially his order calling for a temporary halt to immigration and acceptance of refugees until better a better vetting system could be implemented. The main role of the US Attorney General is to defend the President in America’s courts, but due to her extreme bias against Trump, she intentionally defied the office she held, which led to her being fired.

Hopefully, an investigation into the intelligence leaks is conducted and the person or persons responsible are identified. Chances are, the guilty party or parties are liberal loyal Obama supporters out to undermine and destroy the Trump presidency.