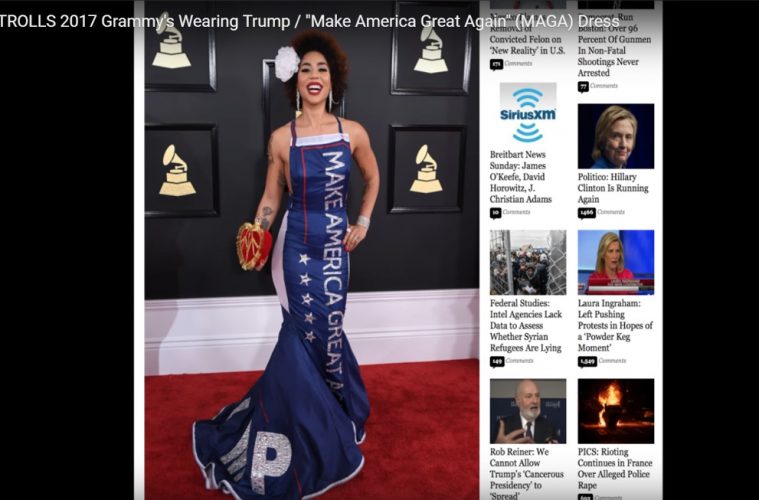 The media would have you believe that all of Hollywood and every celebrity in America are liberal Democrats who supported Barack Obama and many of his progressive and socialist ideologies. That would especially hold true with celebrities that appear to be black.

I say appear to be black because Barack Obama appears to be black but in reality, he is half black and half white. His father is a black African from Kenya and his mother is a white American. If you ask many of the black activists around the nation today, you will find that few of them realize that Obama is as much white as he is black. Some will even get belligerent if you tell them Obama is half white, like you were trying to blaspheme their hero.

There is a certain celebrity that also appears to be black but like Obama, the appearance doesn’t show the true ethnicity. Meet Joy Villa. Born Joy Angela Villa, the singer appears on stage as Princess Joy Villa. She appears to be a lighter skin black American, but that’s not the full story.

Her father was of Italian ancestry and her mother is black American and Choctaw Indian, meaning that her appearance could be rather deceiving as far as her ethnicity goes.

Villa has a history of wearing showy gowns to events like the Grammy Awards and this year was no different. She shocked the room full of liberals in her blue and white gown that had Donald Trump’s campaign slogan ‘Make America Great Again, running down the front left-side.