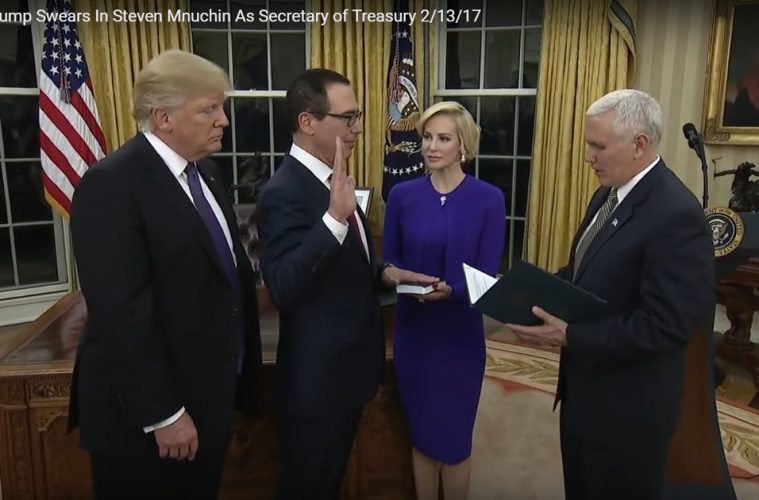 On Monday, the Senate voted 53-47 to confirm Steven Mnuchin to be President Trump’s new Treasury Secretary. Among vows by Senate Democrats to vote against all of Trump’s nominees, David Shulkin received a 100-0 confirmation vote to become the new Secretary of Veterans Affairs.

The Senate confirmed former Goldman Sachs financier Steven Mnuchin as President Donald Trump’s Treasury secretary Monday, despite objections by Democrats who charged that Mnuchin had made much of his fortune by foreclosing on struggling homeowners during the financial crisis.

Mnuchin was confirmed 53-47, with West Virginia Democrat Joe Manchin joining all 52 Republicans to vote in the affirmative.

Moments later, physician David Shulkin was unanimously confirmed as Secretary of Veterans Affairs. Mnuchin and Shulkin bring the total of confirmed members of Trump’s Cabinet to eight, joining the secretaries of State, Defense, Homeland Security, Health and Human Services and Transportation, as well as the Attorney General.

Trump hailed Mnuchin, who was sworn in later Monday evening, as “a financial legend with an incredible track record of success.” He said Mnuchin had spent his entire career making money in the private sector and now will go to work on behalf of the American taxpayer.