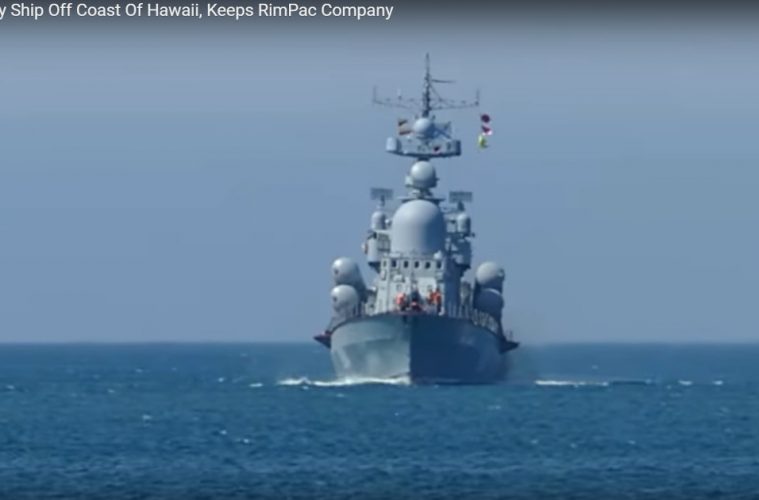 Democrats and the liberal media are having a field day over the resignation of Gen. Michael Flynn as President Donald Trump’s National Security Adviser. While they clamor and sound alarms over our national security, they continue to try to block Trump’s other efforts to protect the nation. Amidst the chaos, it is now being reported that a Russian spy ship was casually heading north about 70 miles off the Delaware coast.

A Russian spy ship was spotted patrolling off the East Coast of the United States on Tuesday morning, the first such patrol since President Trump took office, two U.S. officials told Fox News.

The Russian spy ship was 70 miles off the coast of Delaware, heading north at 10 knots, according to one official. That location means the ship is in international waters. The U.S. territory line is 12 nautical miles.

It was not immediately clear where the Russian spy ship is headed.

The ship, the SSV-175 Viktor Leonov, last sailed near the U.S. in April 2015, an official said. The ship is capable of intercepting communications or signals, known as SIGINT, as well as measuring U.S. Navy sonar capability, a separate official said.