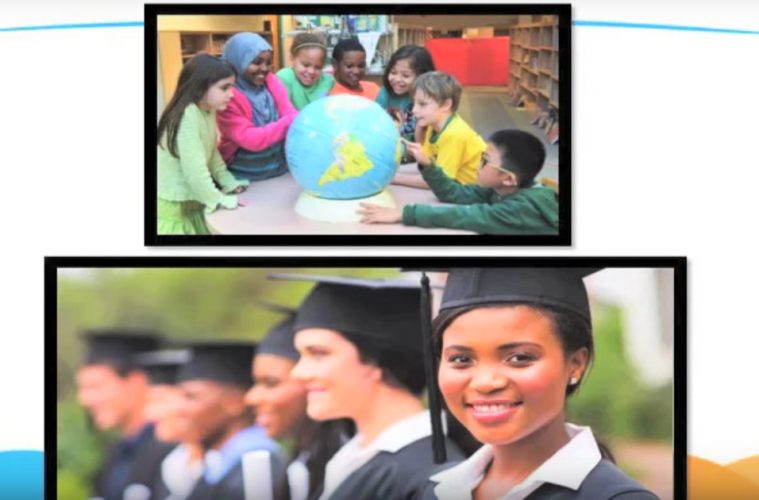 School District Coping with 140 Different Languages Thanks to Obama

We have friends and family who have traveled and lived in a number of other countries, from Europe, Asia and South America and there is one thing they all share in common. If the schools didn’t speak English, it was up the students and their families to learn the language used. It wasn’t up to the schools or teachers or the governments to pay to educate them in any other but the predominately used native language.

But here in America, it’s different. Taxpayers are charged with paying for special education classes, books and materials for non-English speaking students. Some school districts have been hard pressed to find and hire teachers and/or counselors who speak many of the languages spoken by the thousands of legal and illegal immigrants as well as refugees.

Consider the fact that based upon 2010 figures, just illegal aliens cost taxpayers at least $84 billion a year, with a large part of that going for education. Since 2010, Barack Obama’s lax immigration policies allowed millions more illegals and tens of thousands of refugees into the country, that annual cost to taxpayers is most likely $100 billion or higher. Imagine how much more it costs US taxpayers to provide many of the same benefits, including a free education, to all of the legal immigrants and refugees?

According to the 2010 figures, illegals alone cost Georgia $2,398,689,473 a YEAR and that was nearly 7 years ago, so you know that figure has got to be pushing $3 billion a year at least. In 2010, the total population of Georgia was about 9.7 million people, meaning that there were approximately only 3.7 million taxpayers. Meaning that every taxpayer in Georgia was paying out about $648 a year just to cover the expenses of illegals.

That figure is based upon a calculation of 2013 numbers, listing the total US population to be 316.5 million, of which 243 million are adults of which only 122 million pay federal income tax. Then add in the cost of benefits for legal immigrants and refugees.

So how do school districts cope with the burden of trying to educate so many students from other countries who don’t speak English?

In December, it was reported the hardship placed on the Buffalo, New York school district facing the same dilemma:

“What’s happening in the Buffalo, New York School District is an example of the hardship facing school administrators due to Obama’s illegal immigration policies. Buffalo, like many other cities across the US, has received thousands of immigrants (legal and illegal) and refugees. Consequently, they are reporting that students attending the public schools speak 85 different languages. A news report stated:

“The City of Buffalo has taken in thousands of immigrants and refugees in recent years, and it’s reflected in many of its schools. More than 85 different languages are spoken throughout the district, but that number may change by the day.”

“English language learners now make up 15 percent of the district’s enrollment, and as a whole, they are among the lowest-performing, state figures show. They also are the fastest-growing segment.”

“In response to their growing numbers across New York, the State Education Department made revisions in its regulations last year forcing districts to improve services for the many multilingual students struggling to make it in the public school system.”

The school district has already hired six cultural specialists to help translate for students and their families in the top six foreign languages spoken in the district. Those top six languages are Somali, Burmese, Spanish, Karen, Arabic and Nepali. Karen or Karenic languages are spoken by around seven million Karen people that live in Myanmar and part of Thailand.

However, the school district is trying to find ways to afford to hire more language specialists to help the students. They did open a Multilingual Student Placement Center to help the thousands of students and their families who don’t speak English.”

Now consider the financial hardship being felt by the Dekalb County School District which is boasting of having 140 different languages spoken by their students. Dekalb County covers the eastern half of the Atlanta metro area and has a population of just under 700,000.

“We are hearing a lot of conversation right now, some of it extreme, about how residents from originally outside our country should be treated. We have 102,000 students here. They come from more than 180 countries, and they speak 140 languages. We value them; we love them and we respect what their presence here says about the goodness and generosity of America – our diversity is our strength.”

He may think that’s all well and good but I wonder what taxpayers think if they realized how much all of this diversity is costing them in local, state and federal taxes? Someone has to pay and in the end, that’s taxpayers.

Immigration may have been the basis for America’s growth and population but there comes a time when taxpayers have to stand up and say enough is enough, we cannot continue to pay to educate everyone else’s kids, nor can we continue to pay for the medical and welfare benefits.

I would like to see a bill introduced that states that only those who support all of this immigration and refugee acceptance be the ones to pay for it. Why should I pay for providing them benefits, many that I don’t even receive? Let bleeding heart Democrats pay for their pets, not the rest of us.