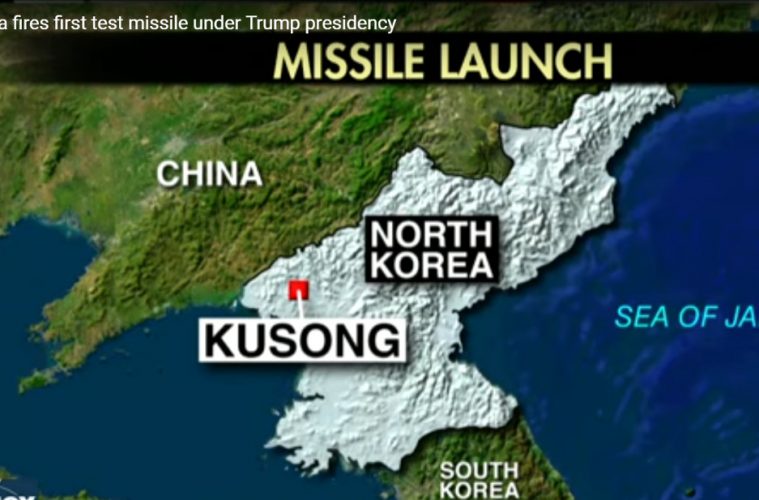 Acting in obvious disregard for US Threats or UN sanctions, North Korea launched another missile test. Tensions in the are are increasing among America’s allies – South Korea and Japan – but President Donald Trump has reassured them of the US commitment to help protect and defend them. The White House has responded to the latest act of defiance by North Korea by labeling the act a provocation, indicating it could lead to even more tension and hostilities.

According to South Korean defense officials and United States Strategic Command, North Korea test-fired a ballistic missile Sunday morning. The missile was likely an intermediate-range Musudan-class missile, not an Intercontinental Ballistic Missile (ICBM), which North Korea has said they could test any day.

In what is the first test of the kind such the beginning of Trump’s presidency, the missile traveled eastward to about 300 miles from the North Korean coast before landing in the Sea of Japan, testing President Trump’s resolve in following his campaign rhetoric of toughening policies on North Korea.

A US official told Reuters that the administration had been expecting a “provocation” of this sort from North Korea since assuming office. “This was no surprise,” the official said. “The North Korean leader likes to draw attention at times like this.”