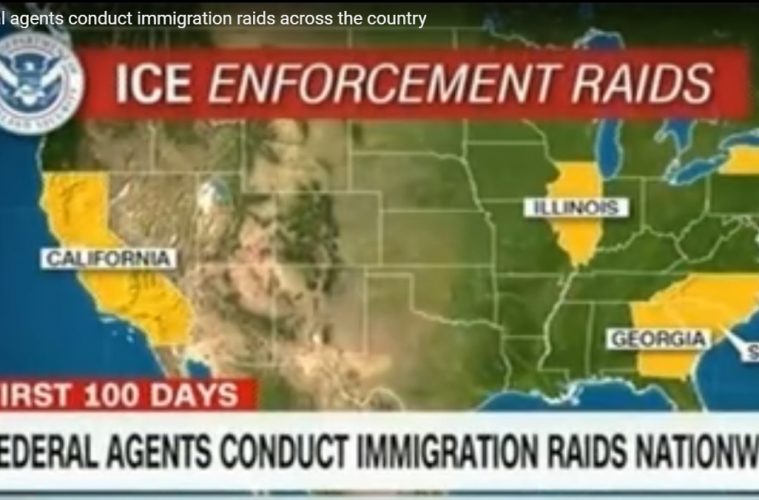 Despite New York City being a sanctuary city, US Immigration and Customs Enforcement personnel have begun conducting a number of raids. At least 40 people have been arrested so far with more coming. The action of ICE agents is sending a wave of fear through the illegal alien community. Hopefully, many will flee in fear back to their countries before being arrested and deported.

Fear spread through New York’s immigrant communities Sunday following a series of federal raids that led to the arrest of around 40 people.

On Staten Island, where five people were arrested by U.S. Immigration and Customs Enforcement since Feb. 3, a Mexican restaurant, La Catracha, was unusually empty.

“Usually the place is filled with families. But today is empty. No one is leaving their homes. They are afraid,” said Diana Matute, 40, who owns the restaurant in Port Richmond.

“If this keeps up I may have to close. I have to pay rent and pay my employees. These raids can’t keep on happening. It’s going to ruin everyone.”