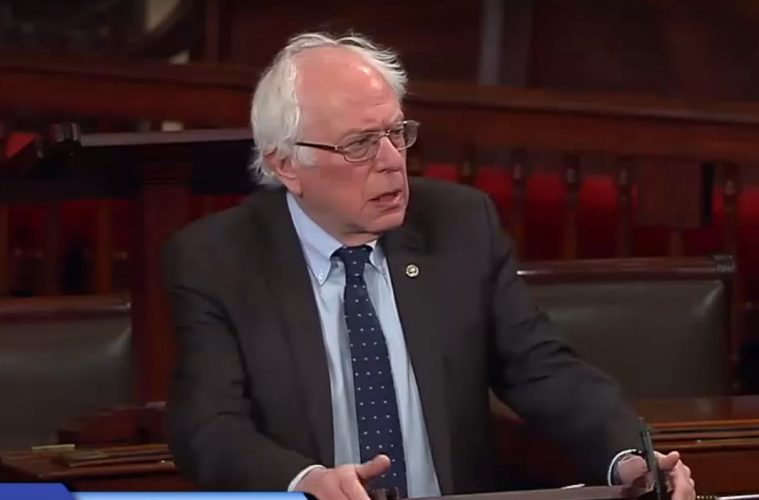 Guess Who Voters Say Best Democrat for 2020 Challenge of Trump?

Donald Trump has been sworn into office less than a month and already some Democrats are looking ahead to 2020 and who best to defeat Trump for the White House.

Will Hillary Clinton run again and how do Democrats feel about giving her a third shot?

Hillary first ran against Barack Obama for the Democrat nomination in 2008, but feel short of the necessary support at the Democratic National Convention. Obama went on to defeat incumbent Republican President George W. Bush.

Hillary finally won the Democrat nomination in 2016, however, self-professed socialist Sen, Bernie Sanders gave her a race for the coveted slot. Although a few other Democrats attempted to launch campaigns in 2016, it was quickly apparent that the race was Clinton versus Sanders.

Just recently, Team Clinton blamed Barack Obama, more than they blamed any Russian hacking or the antics of FBI Director James Comey, for her narrow loss to Donald Trump last November. If Obama fades away and keeps his mouth shut, perhaps some will forget the damage he did, which could be a help if Clinton decided to run again.

Rasmussen Reports asked likely Democrat voters who they believe should be the Democrat nominee in 2020 if Trump should decide to run for re-election?

What would your choice be and what do you think likely Democrat voters said?

Would you be surprised if you found that Clinton finished second?

Believe it or not, Sen. Bernie Sanders was favored by 20% of the likely Democrat voters. Hillary finished second with 17%. Former Vice-President Joe Biden finished third with 15%, followed in fourth by Sen. Elizabeth Warren with14%, Sen. Cory Booker with 8% and Sen. Al Franken with 6%.

Interestingly, 14% of the likely Democrat voters said that the Democratic Party should select someone different. This compares to a December poll where 72% of likely Democrat voters said the Democrats need to run someone new in 2020. That was after Biden announced that he was considering a run in 2020. Thirty-five percent of Republicans and 35% of voters not affiliated with any party said the Democrats need to look to someone else.

Breaking this down further, more Democrats 40-years-old or older favored choosing someone else to run against Trump, while only 18% of younger voters favored running someone else.

The Rasmussen Research Poll also asked likely Democrat voters who best represents the Party. Surprisingly, Clinton came in a close fourth with only 11%, behind Sanders with 17%, Biden at 15% and Warren at 12%. Booker was a distant fifth with only 6% and Franken with only 4%.

Actually, the number one vote getter on who best represents the Democratic Party with 20% was ‘someone else’, meaning that more Democrats are looking elsewhere than at any one candidate.

Here are just a few things to consider of the Democrats listed above in view of a 2020 run for the White House:

Bernie Sanders is currently 75-years-old. If he ran and won in 2020, he would be 79 at the time of his inauguration. It’s ironic that some federal agencies like the FBI have age limits for their active field people, but not for the White House. Reagan was the oldest at 69. Sanders has one plus and is he is honest enough to admit that he is a socialist.

Hillary Clinton is 69-years-old. If she ran and won in 2020, she would be 73 at the time of her inauguration. Her age could be an important factor as she exhibited some physical or health-related issues during the campaign, indicating that she may not be fit to hold such a pressure filled job for 4 years. Additionally, Clinton is a socialist in every way, except she denies it, unlike Sanders who at least has the honesty to admit it.

Joe Biden is also up there in years, being 74-years-old currently. That would put him at 78 at the time of a January 2021 inauguration. He held many of the same political views as his puppet master, Barack Obama and a Biden term would likely be just another 4 years of Obama policies.

Elizabeth Warren is 70-years-old, making her 74 at the time of the 2021 inauguration. She has built her career on lies and misrepresentations about herself and others. You cannot believe anything she says or trust her to do anything she promises.

Cory Booker is only 47-years-old, making him 51 at the 2021 inauguration. If you truly want another Barack Obama presidency, then Booker is your man. He is extremely racist and pro-black in virtually everything. Like Obama, Eric Holder and Al Sharpton, Booker see race everywhere, even when it’s not an issue, he makes it an issue.

Al Franken is 65-year-old. Even though he’s from Minnesota, he is as opinionated as many far left-wing New York Democrats. He is as nearly outspoken (shoot first, think later) as Donald Trump. Several days ago, some political pundits were saying he is the person to take down Trump in 2020, but it appears at the moment that most Democrats disagree.

Who will be Trump’s Democratic challenger in 2020? Guess we’ll have to wait and find out.