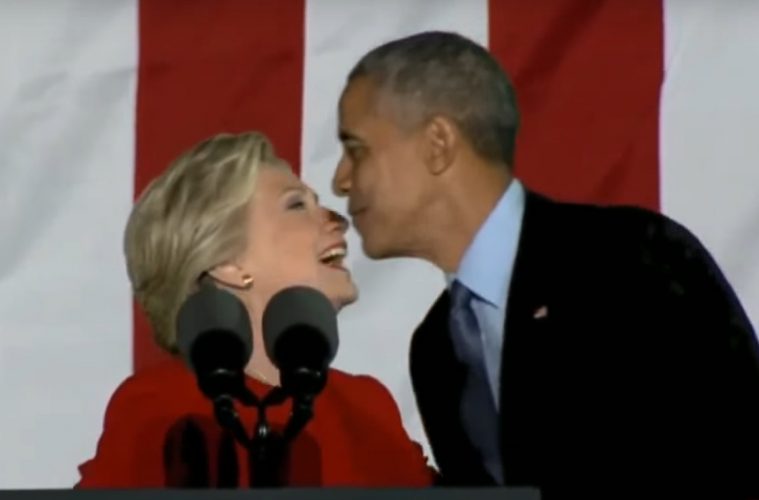 Last November’s election was extremely close and could have gone either way due to a number of things that happened or didn’t happen. Some blame Russian leader Vladimir Putin for the loss and others blame FBI Director James Comey for the loss. However, reports indicate that Team Clinton is more angry and pointing the finger of guilt at Barack Obama.

With President Donald Trump occupying the White House, it must still be hard for Hillary Clinton, two-time presidential loser, to finally come to grips that the nation would never want to see her lead them—ever. Sen. Dianne Feinstein (D-CA) said that after the election, Clinton was hurt and in a state of mourning. With reports of Russian interference and the last minute update from the FBI that they would review new emails found on Clinton top aide Huma Abedin’s laptop, the power couple fumed. Clinton blamed Russia and FBI Director James Comey for dashing her presidential hopes. The Clinton camp said that Comey’s letter to Congress informing them of the review was unprecedented, despite Bill Clinton jumping on an indictment of the late Caspar Weinberger, Reagan’s defense secretary, over charges stemming from the Iran-Contra Affair to discredit then-President George H.W. Bush’s presidency just four days before the 1992 election. The fact is that whether intentional or not, in most cases not—legal updates that put the opponent in a negative light are going to be used.

With the Clintons’ history of secrecy and playing by their own rules, this was going to stick. Yet, as Axios noted on January 31, the Clinton campaign is actually more infuriated with Obama than Russia or Comey over the election loss:

The reason: Clintonites feel that if Obama had come out early and forcefully with evidence of Russian interference in the campaign, and perhaps quicker sanctions, she might be president today. His caution, they argue, allowed the public to have a foggy sense of clear, calculated, consistent Russian meddling in the campaign. We can’t stress enough how upset some Democrats are. It’s testing relationships between Clinton and Obama loyalists. It’s making efforts to form a new Trump opposition coalition harder.