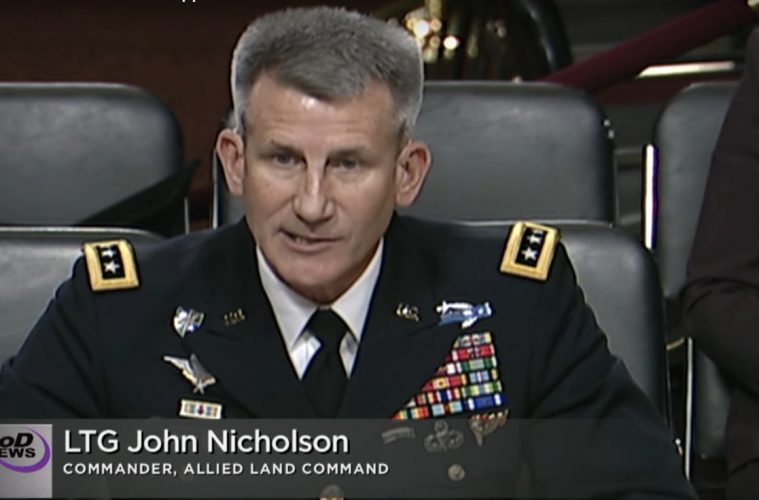 The United States military has been waging war in Afghanistan for 15 years now. Under Barack Obama, thousands of US troops were withdrawn, but some forces still remain behind to train Afghan forces. However, Army General John Nicholson Jr. told the Senate Armed Services Committee that the war is currently at a stalemate and that he needs thousands of additional troops to properly  train Afghan forces.

In a stark admission, the top U.S. commander in Afghanistan told Capitol Hill lawmakers Thursday that after 15 years of war, the conflict remains a “stalemate” – and said thousands more troops are needed to train Afghan forces.

Army Gen. John W. Nicholson, Jr. offered lawmakers a grim assessment about the prospects for truly ending a war that so far has cost more than 2,000 American lives — and billions of dollars — since 2001. The challenge, he testified, is made even tougher by Russia and Iran’s aid to the Taliban, amid signs the militant group is making territorial gains.

“I believe we’re in a stalemate,” Nicholson told Senate Armed Services Committee Chairman John McCain, R-Ariz., when asked directly if the U.S. and its allies are winning or losing.

He said he has “adequate” resources for counterterrorism, but is facing a shortfall of a few-thousand troops to train Afghan forces.