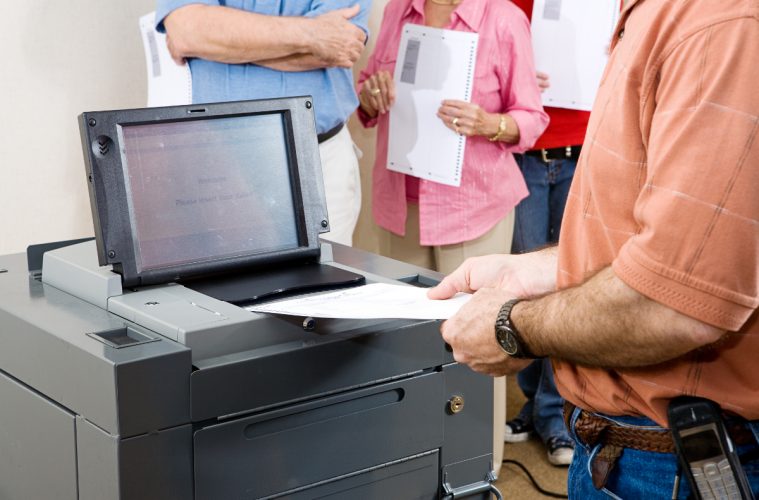 Whenever there are any reports of possible voter fraud or tampering, the Democrats instantly slough them off by saying they aren’t true or it’s so minor that it doesn’t impact anything. However, when there is any possibility of voting issues involving Republicans, they are all over it like flies on a dead fish.

In 2008, 2010 and 2014, there were numerous reports of voting machines switching votes from Republican to Democrat, of people voting more than once, of dead people, pets, illegal aliens, non-citizens and felons voting. Democrats swept all of these reports under the carpet because they all pointed to Democrats being the culprits.

Whenever Republicans tried to take measures to insure the integrity of elections and cut down the chances of voter fraud, the Democrats and the Obama administration vigorously fought to prevent such safety measure from being enacted. In Florida, the state began to purge the names of known and verified dead people from their voter registration lists, but Obama’s Department of Justice used their legal clout to prevent the rolls from being cleaned up.

When Republicans tried to pass laws requiring some sort of voter ID, the Democrats again fought them at every turn. They claimed in courts that requiring a voter ID was discriminatory against poor people, blacks and other minorities. Yet, the same poor people they refer to have be in possession of some sort of official identification in order to receive their many government assistances such as welfare, food stamps, housing and utility assistance, etc. So, if they are able to obtain ID for those purposes, how come they aren’t capable of obtaining an ID to allow them to vote? As for blacks and other minorities, it’s actually VERY discriminatory and offensive for Democrats say these people are incapable of obtaining an acceptable voter ID.

However, after the 2000 election that was ultimately decided in the Supreme Court after the issues with the infamous ‘hanging chads’ in Florida, Congress took measures to try to make sure that didn’t happen again.

In 2002, Congress passed the Help America Vote Act which created the Election Assistance Commission. It was established as an independent agency within the US government. The purpose of the commission was assist states in establishing voting guidelines and seeing that voting systems being used are credible. It also worked to certify various voting systems in use by state and local governments.

Earlier this week, The House Administration Committee voted 6-3 to eliminate the Election Assistance Commission. The vote was on party lines with 6 Republicans voting in favor of elimination and the 3 Democrats on the committee voting against the measure. Part of the reason given for the move to eliminate the commission was expressed by Senate Majority Leader Mitch McConnell who questioned spending federal dollars to investigate voter fraud.

To no surprise, liberal and Democratic organizations reacted to the news that the committee was considering taking such action. A letter, sponsored by 38 organizations and people was sent to Rep. Gregg Harper (R-MS), chairman of the committee, urging him to not eliminate the commission. They claimed it would make a negative impact on national elections in the future.

Wendy Weiser Director of the Brennan Center for Justice, stated:

“At a time when the vast majority of the country’s voting machines are outdated and in need of replacement, and after an election in which foreign criminals already tried to hack state voter registration systems, eliminating the EAC poses a risky and irresponsible threat to our election infrastructure.”

It’s typical that liberals and Democrats complain when it could impact them, but refuse to do so when the shoe is on the other foot.