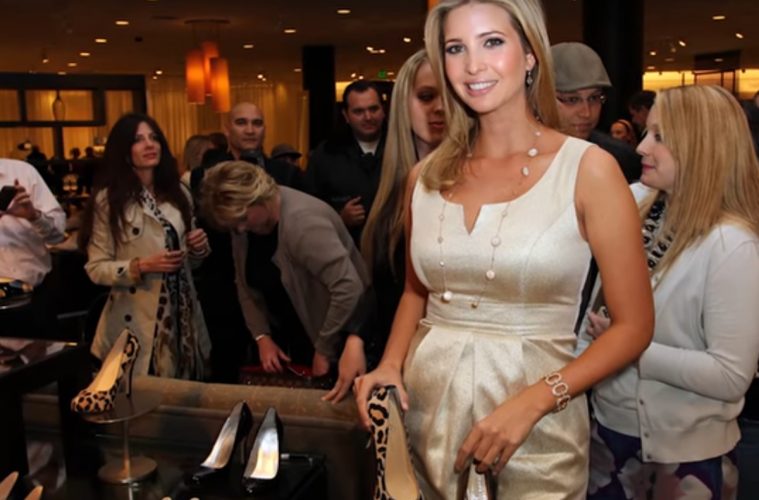 Nordstrom Department Stores recently announced that they were dropping the clothing and accessories line of Ivanka Trump. They claim the discontinuation has nothing to do with politics, although the timing would suggest otherwise.

President Trump lashed out on Wednesday at the Nordstrom department store chain for dropping his daughter Ivanka’s accessories and clothing line, once again raising ethical questions about the relationship between his presidency and his family’s sprawling business interests.

Mr. Trump has already broken with tradition by singling out companies for criticism, like Boeing, Lockheed Martin, automakers and news organizations, sometimes causing gyrations in their stock prices and prompting debates about whether corporations would tailor their conduct to suit a bellicose president. But in those cases, his ire targeted government contracts, departing American jobs or news coverage — not his own family’s personal fortunes.

Six days after Nordstrom announced that, based on sales, it would no longer carry Ms. Trump’s products — a decision that prompted some Trump supporters to call for a boycott of the stores — the president took to Twitter to complain that “Ivanka has been treated so unfairly” by the company. He first posted the message from his personal account, and then re-sent it from his official White House account.