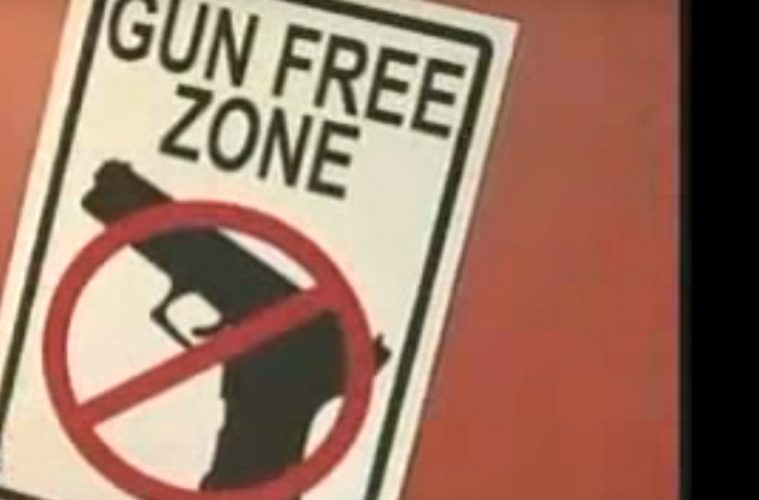 Will Trump Keep Promises to Eliminate Gun-Free Zones to Protect Your Kids at School?

Over the past decade or two, the most dangerous places in America are gun free zones. That includes schools, businesses, government offices and facilities, theaters, nightclubs and any other place that deny American citizens of their constitutional rights of self-defense.

The vast majority of mass shootings have taken place in gun free zones.

In their study, the CPRC stated:

“Permitted concealed handguns deter mass shootings because they can limit the harm and take away the incentive that these killers obtain from their warped desire to get media attention.”

That brings the argument of whether or not guns should be allowed on school campuses. Should teachers and faculty be allowed to be trained and permitted to carry concealed firearms to help with the safety of students?

Liberals blame guns and conservatives blame the people behind the guns. Liberals want guns banned from every school campus unless it is carried by an armed security officer. They are totally against the idea of training and arming teachers and staff, yet some of them send their own kids to schools with armed guards for protection.

One of the many campaign promises made by President Donald Trump was to expand locations where gun owners would be allowed to carry concealed weapons. On his campaign trail, Trump admitted that there have been times when he has carried a concealed weapon for protection.

The question many gun advocates are asking now is if Trump will keep his promise to reduce gun free zones and expand places where people will be able to legally carry their concealed carry weapons.

Trump just announced his nomination for the Supreme Court in Judge Neil Gorsuch. The conservative judge from Colorado has the full blessing of the National Rifle Association and if confirmed would tip the high court 5-4 towards the conservative side.

“This is our historic moment to go on the offense and restore American greatness.”

Referring to President Trump, LaPierre commented that he is:

“…the most openly pro-Second Amendment candidate in history.”

Since being sworn into office, President Trump has been keeping one promise after another. One political commentator known to be fairly liberal, admitted that Trump is doing something that very few if any, presidents have ever done – keeping his campaign promises.

Gun rights advocates are optimistic that Trump will live up to his promises. Another thing that gives them hope is that Republicans control both the Senate and House. Hopefully, they will value the US Constitution, 2nd Amendment and the safety of the American people and your children. If you value the safety of your children, then let President Trump, your Senator and Representative know how you feel and urge or beg them to take action to protect your kids by allowing teachers and faculty to be properly trained, licensed and armed.