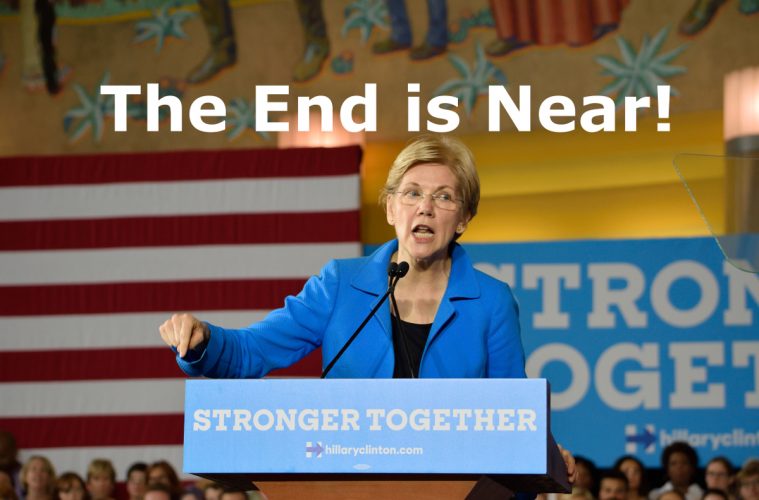 Is the End Near for Progressive Democratic Senator Warren?

Elizabeth Warren won a seat in the US Senate in 2012, defeating incumbent Scott Brown, a Republican. Brown surprisingly won the seat that was vacated with the death of Democrat Ted Kennedy.

Warren’s sudden rise to power, mirrors that of Barack Obama and demonstrates just how blinded many liberal Democrats are by their hatred of everything good and wholesome.

From 1986 through 1995, she claimed to be American Indian in order to obtain minority status as a Harvard law professor. During that ten-year period, the professional law school directory had Warren listed as an American Indian. During her 2012 campaign for the US senate seat, then held by Republican Scott Brown, Brown produced evidence that clearly disputed Warren’s claim to be an American Indian. When Warren was unable to refute Brown’s evidence, she turned to calling and labeling Brown as a sexist and part of the Republican war on women. Sound familiar?

It seems that since the late 1990s, Warren has served as counsel on a number of legal cases including her representing the Travelers Insurance Company asbestos case which went all the way to the U.S. Supreme Court. In most these instances, she lists her Harvard Law School address as her legal office of record.