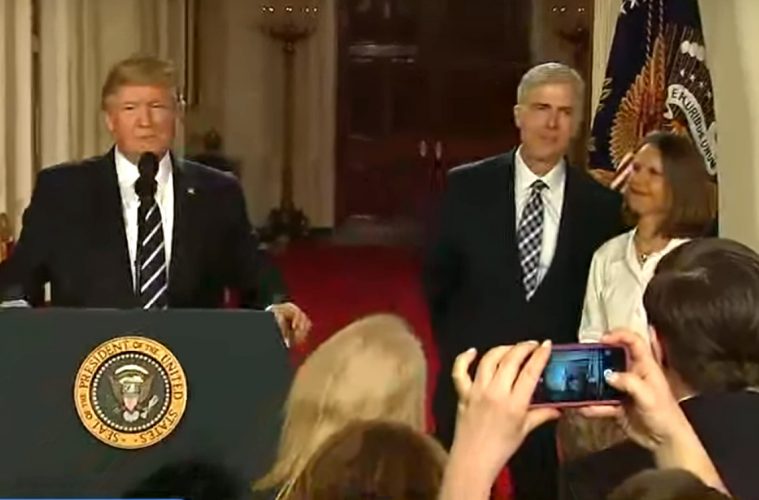 President Donald Trump named Federal Appeals Judge Neil Gorsuch to fill the Supreme Court vacated by the death of Justice Antonin Scalia. Before Trump’s announcement, Senate Democrats vowed to block and/or delay the confirmation of any Trump nomination. Now the fight is on and it’s a matter of time to see just how nasty the Democrats get.

Gorsuch prevailed over the other finalist, Thomas Hardiman of Pennsylvania, also a federal appeals court judge, and Trump announced the nomination at a televised prime-time event at the White House.

Gorsuch, 49, and Hardiman, 51, emerged from a list of 21 as Trump’s most likely choices. A third person on the shortlist — U.S. Circuit Judge William H. Pryor Jr. of Alabama — saw his chances diminish as some Senate Republican leaders have said his confirmation would be difficult.

By comparison, Gorsuch was confirmed a decade ago to the U.S. Court of Appeals for the 10th Circuit in Denver on a voice vote.